Web Design – When to Say No to a Web Design Client 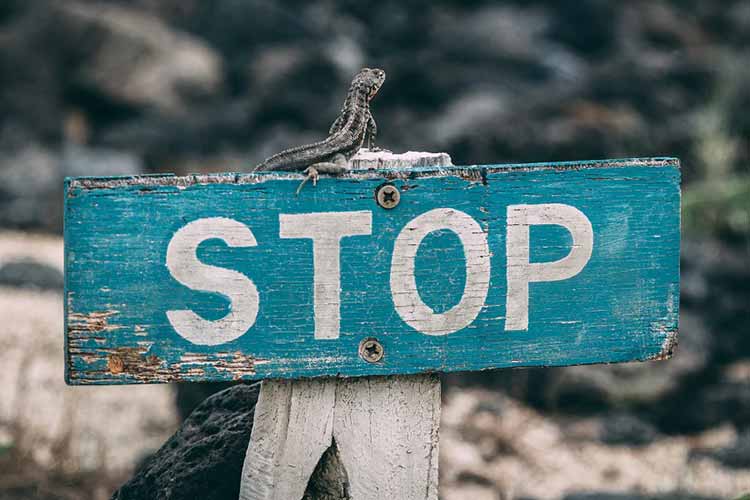 
Rejecting potential clients is an art that all freelancers and designers should know. Sometimes, you and the client just don’t work well together, and that’s okay! It just takes a bit of finesse – so even when you have to reject them in the middle of the project, you and your business can come out unscathed.

When They Push the Limits

Some people will get away with whatever they can. They may “negotiate” your contract, ask for extra revisions without paying, or just generally undermine the rules you set. The goal is often to avoid paying full price.

The best thing you can do is make a contract that covers all your bases, and put your foot down. You may or may not want to compromise with certain clients, but never let yourself get taken advantage of.

When a Client is Rude or Demanding

There’s no reason to deal with someone who looks down on you. If in the initial exchange you find your client to be short, nagging, or abusive, it’s time to say no right then. These people will make your job way harder than it’s worth. They may avoid paying, nitpick, ask for constant revisions, or simply make your life difficult. If a client is showing warning signs, don’t take the job. It’s not worth it!

When They Make Strange Requests

Sometimes people aren’t sure how to phrase what they want. Their requests can seem incomprehensible and vague. Or maybe what they’re asking for would take too much time.

The right questions can solve many of these problems. Ask ones that leave no room for vague answers, give a few examples to pick from, or elaborate on a confusing statement. Explain why something won’t work, or why you don’t understand their request.

But sometimes, it’s best to simply turn down these clients. When you’d only be guessing at what they want, the result isn’t going to satisfy either of you.

When Your Design Choices Clash

A designer who can’t please their clients can never succeed. However, that doesn’t mean the customer is always right. When a client has a different vision – one that may ruin the project in your eyes – the best you can do is gently explain why you made that decision, compromise, or let it go.

However, if it gets to the point that you’d be ashamed to put this project in your portfolio, it may be best to refer the client elsewhere. And if you know from the get-go that you don’t want your name associated with this project, refuse them right away.

When You Can’t Do the Job

Every designer runs out of time. Jobs pile up, emergencies spring, and you just can’t take on another project. Or maybe the client is asking for something that’s out of your area of expertise.

Instead of trying to do a job you just can’t, be honest and briefly tell them why. It’s better than struggling and turning in something late or with little effort put into it. This will damage your reputation way more than rejecting a client due to lack of skills or time constraints.

When Something Feels Wrong

Trust your gut. Do they sound like a message in your spam folder? They could just be a bot. Is someone giving off weird vibes? They might turn into the rude, nitpicking client that every designer dreads. Afraid they’re not going to pay? Reject the project.

If you feel like a client will refuse to pay you, be difficult to work with, or ask for more than you’re capable of, don’t ignore the warning signs.

Learning to Deal with Clients

“Saying no” doesn’t mean being blunt or rude with a client. The best way to reject a client is to be firm but polite, brief but informative, and perhaps not to include the word “no” at all.

Trying to help the client can lessen the blow. Refer them to another designer when you can’t continue the project; explain who can help them when they’re asking for something outside your field (such as illustration, graphic design, or web development). This way, the client can transition seamlessly. No harm done to your reputation.