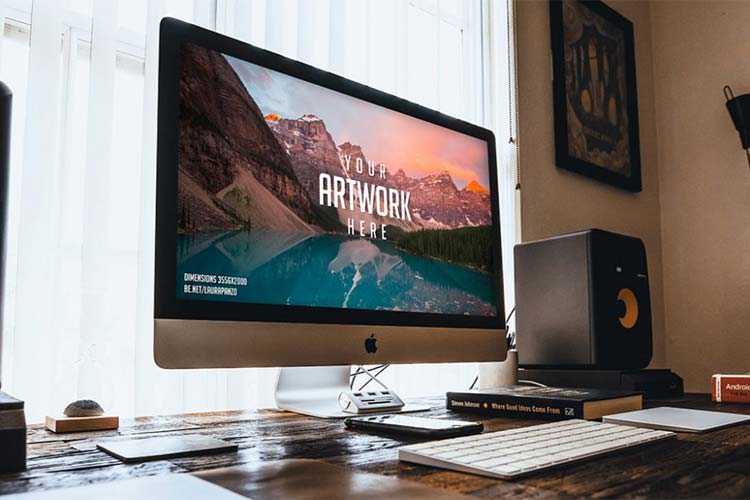 
A great mockup for a website, app or other design helps to drive sales – just as eCommerce stores have models wearing available pieces of clothing. It’s easier for customers to visualize the look and feel of the product when it’s placed in a real-world image. That’s why mockups are so important when it comes to web design. You’ll see these mockups on developer’s websites and when you search for apps on the Google and Apple stores.

Although sometimes you’ll want to pay for mockups, you can typically find high-quality free options that look just as professional as the premium ones. That’s why we’ve put together a list of free mockup templates for web designers.

Some of these include tablets, phones and other devices on their own, while others show those devices in the midst of various scenes. For instance, it’s not uncommon to see website mockups with a computer in a coffee shop or on a phone in someone’s hand.

If you’re looking for free web design mockups, this is the place to be.

This is an excellent free mockup for creating a simple, elegant presentation for your website. You’ll receive multiple views of the Macbook on the same table, allowing you to get creative with your mockup.

The floating iPhone takes a different route than what you typically see from phone mockups. This would work great in a website header or on a landing page trying to sell an app or mobile website.

All web designers need to show how they can develop websites for multiple devices. One of the best ways to sell your site is to have a showcase of all devices supported. This way, customers get a taste of what the theme, template, or final web design looks like on phones, tablets and computers.

Web designers also create interfaces for wearable devices, so it’s nice to have an Apple Watch mockup in your arsenal. This one is a free PSD file with different views on multiple wrists. This way, people can visualize what the watch will look like when they actually wear it.

Today, many people work from home. That’s why it’s essential to have some mockups with computers and phones sitting on kitchen counters, coffee tables and beds.

This mockup features a white iPad with bright colors and even a little clipboard to include some other graphics to go with your brand.

Don’t forget Android devices! It’s all too common to limit most of your mockups to iPhones and Macs because of how sleek they look. However, lots of people have Androids and Windows computers, meaning you want to make those people feel included as well.

Some mockups bring the technology you have worked with into the real world. And that makes sense, since some folks plan on using their phones while camping or at coffee shops. Allow your users or clients the opportunity to envision themselves using your web design in their natural habitats.

Here’s another mockup with multiple responsive designs. It’s simple and sleek, using white and grey colors to mimic something you might see on the Apple website.

One of the most popular ways to show a visual of your website design is to go with the standard iMac on a desk. The tricky part about using a mockup on a desk is ensuring that it looks like real life. Sometimes you see desks that are way too pristine or they don’t have anything on them at all. I like this one since it’s a wooden desk and you can see several other devices like speakers, phones, and even some books and decorations. This is more realistic and similar to what someone would have at their own home office.