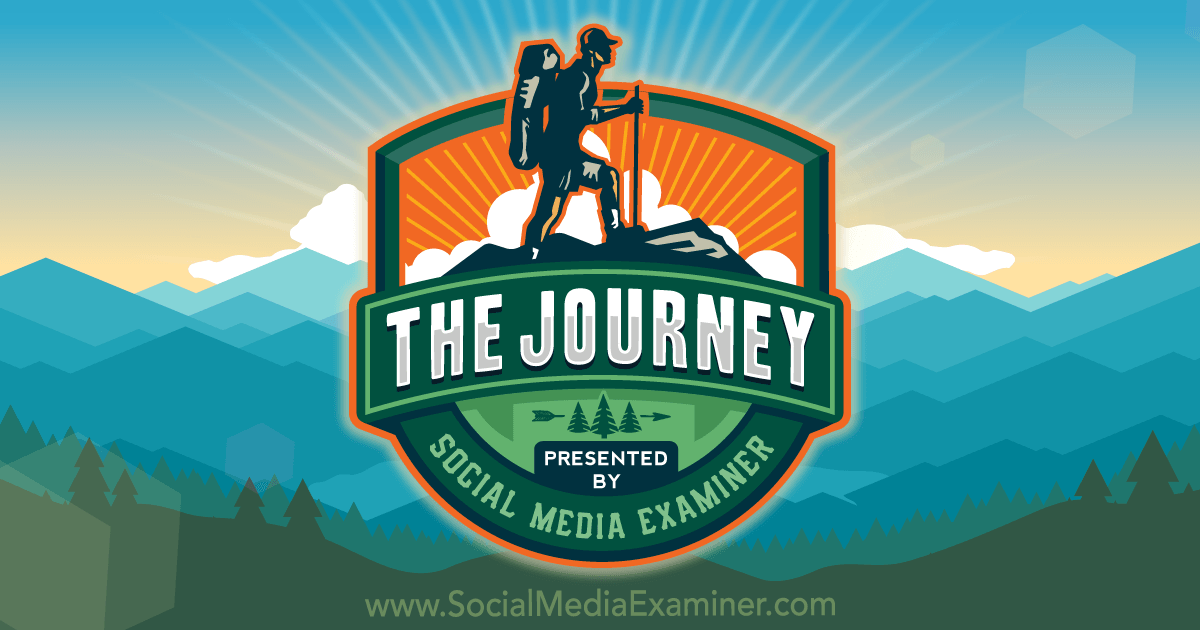 
Have you ever struggled refining the messaging for a launch? Then watch The Journey, Social Media Examiner’s episodic video documentary that shows you what really happens inside a growing business.

In episode 5, Michael Stelzner (founder of Social Media Examiner) and his team work on tapping into emotional messaging for their launch. On another front, he’s struggling with mindset issues and seeks the advice of his mastermind group.

Episode 5 begins with Mike and the marketing team in a brainstorming session. The challenge? To come up with new marketing copy for Facebook ads, newsletter ads, and email blasts.

To get things started, he’s asked the team to write their own ads. Straight out of the gate, Kim delivers a solid nugget of short copy that fires Mike up. To develop messaging that resonates more, Mike digs deep into the fears, emotional issues, and concerns—using his team of marketers. Vocalizing their own pain points reveals more marketing gold, ready to be refined in their copy.

Next, it’s official soft launch day for Social Media Marketing World! The team has hustled to get the website up and people are now visiting the sales page. After only a couple of hours, 4 tickets have already been purchased and Mike is cautiously optimistic.

Then Mike and marketing manager Jen Ballard hop on a call with Google expert, Ilana Wechsler of Green Arrow Digital. The topic under discussion? Raising the bar on the company’s Google Ads game. Ilana floats the idea that the team has siloed Facebook Ads and Google Ads, rather than using them together. Mike concurs and plans to unify the messaging.

Later, while on a walk, Mike channels his inner game show host and inadvertently stumbles straight into a metaphor for the current status of Project Genesis. What’s behind Door #2?

Finally, he joins a call with his mastermind Group with Ray Edwards, Pat Flynn, Mark Mason, Cliff Ravenscraft, and Leslie Samuel. Confessing he’s stuck, Mike says he will choose anything else to do rather than face the work of Project Genesis. His peers deliver some tough love, along with a push to act.

Ultimately, Mike sets a goal: to get through 500 of the idea slips by the end of the next day. Cliff accepts the goal on the condition that Mike gets through 10 right then. And just like that, Mike has found forward momentum.

After the call, Mike reflects on the value of being able to open up to a group of people you trust, who will give you wisdom.

Do you have people who speak the truth to you? How has it helped? Share your ideas and thoughts in the comments below.

PPC – 5 tips to develop authoritative content for Google and searchers