If you’re new to the show, click on the green “Watch replay” button below and sign in or register to watch our latest episode from Friday, August 18, 2017. You can also listen to the show as an audio podcast, found on iTunes/Apple Podcast, Android, Google Play, Stitcher, and RSS.

LinkedIn Rolls Out Video Creation on Mobile App: LinkedIn announced that it’s starting to roll out a video creation tool within its mobile app. Mashable reports that “the feature is only available for frequent contributors at the moment, but will be available to everyone else soon.” (3:31)

LinkedIn is rolling out video creation on its mobile app https://t.co/lWqBTkShKE pic.twitter.com/SefW9GK9y6

LinkedIn Introduces Active Status on LinkedIn Messaging: LinkedIn has made it easier for members to see who in their network is online and available to chat on LinkedIn Messaging with a new green active status dot next to their profile photo. A white circle within the dot indicates that a connection is only available on mobile and will be notified of your message. While this feature appears to be a default option, LinkedIn states that its members can change how their status is displayed and who can see if they’re available in the network’s settings. (14:10)

Facebook Gives Advertisers More Control Over Mid-Roll Video Ads: Facebook announced that it now lets marketers choose whether to buy in-stream video placements on the Facebook Audience Network, within Facebook itself, or to buy ads across all formats. With more options on how to divide their video budgets, Facebook allows marketers to tailor their ads to reach specific video audiences and provides “more flexibility and control over their ad placements.” (19:03)

Facebook Tests Ad Targeting for Brick-and-Mortar Shoppers: Marketing Land reports that Facebook is testing the ability for local businesses and brands to create custom audiences targeting their brick-and-mortar visitors across Facebook, Instagram, and Facebook’s Audience Network. A spokesperson from the company confirmed that Facebook is “always exploring new ways to help marketers drive offline value from their ads” but hasn’t provided any additional details about this possible new ad targeting option. (29:06)

Facebook Introduces New Look to News Feed and Commenting Features: Over the coming weeks, Facebook is rolling out several updates “to make News Feed more conversational and easier to read and navigate” and refreshing the overall look of the site. These updates include a new comment style that makes it easier to see which comments are direct replies to another person, improved readability across the site, cleaner circular profile pictures, and more. These changes will roll out to all iOS and Android users over the next few weeks.

Instagram Streamlines Conversations With Threaded Comments: Instagram will make conversations on posts “even easier” to track and respond to specific users by organizing comments in threads. Instagram will roll out this update worldwide to both iOS and Android “in the coming weeks.” 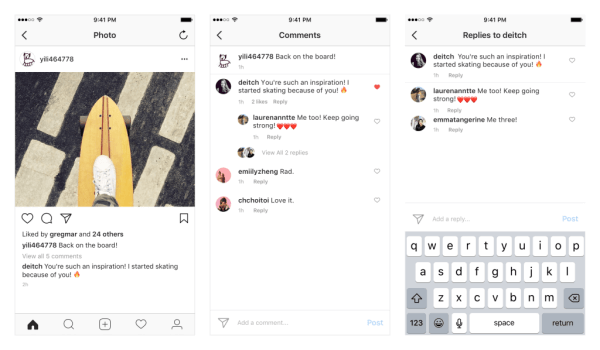 Instagram will roll out threaded comments on iOS and Android over the coming weeks.

Facebook Adds eBay Daily Deals Section to Marketplace on Mobile: Facebook is testing a new feature within the Marketplace section of the mobile app that aggregates eBay’s Daily Deals for “a small percentage of people in the U.S.”  Users with access to this feature can shop directly from the Facebook app to source new and interesting consumer electronics, fashion, and home and gardening products. Then they can complete the checkout process on eBay’s website through Facebook’s in-app browser. TechCrunch reports that eBay’s Daily Deals are being tested on both the Android and iOS Facebook mobile apps. Neither company has confirmed if this feature will be rolled out more broadly.

Facebook adds eBay’s Daily Deals to its Marketplace on mobile https://t.co/7iFu1FGEWg by @sarahintampa

Facebook Enhances Birthday Experiences With Two New Features: Facebook announced two new birthday experiences that it hopes “will make birthdays even more meaningful while you’re celebrating on Facebook.” These include the opportunity to dedicate one’s birthday to support for any of the 750,000 U.S.-based non-profits available through Facebook’s Fundraisers tool and new auto-generated, shareable birthday videos that can be personalized with images of you and the birthday celebrant. 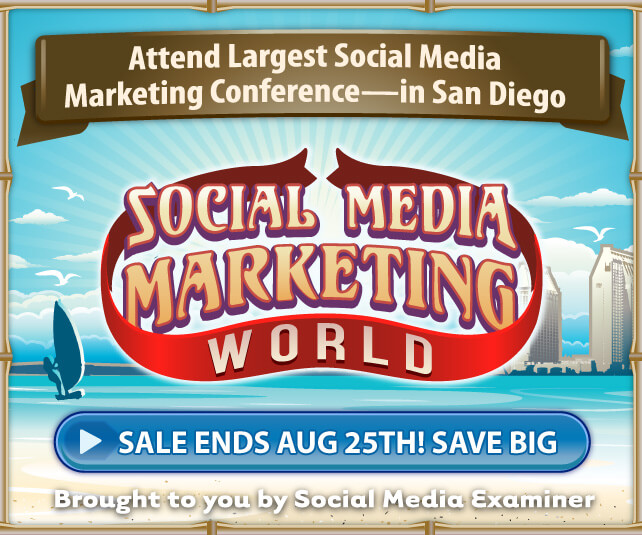 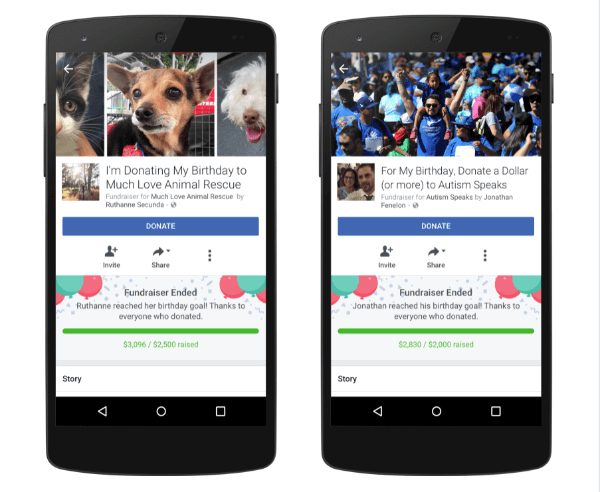 Facebook Launches Dedicated Trending News Section on Mobile App: Facebook is rolling out a Trending News section on mobile and its own link in the app’s main navigation. The new Trending News section can be found on both iOS and Android devices and features the latest stories with a focus on headlines and sources, not just topics. The news items will also be ranked based number of likes, comments, and shares each has received.

Facebook is rolling out a Trending News section on mobile, now with its own link https://t.co/G0ESNmzOfe pic.twitter.com/KgwuSC97Qo

Facebook Allows Admins to Link Pages to Personal Profiles: Facebook page admins can now link the pages they manage to their personal profiles. When users add their page to their profile, they’ll automatically be listed as a “team member” on that page. 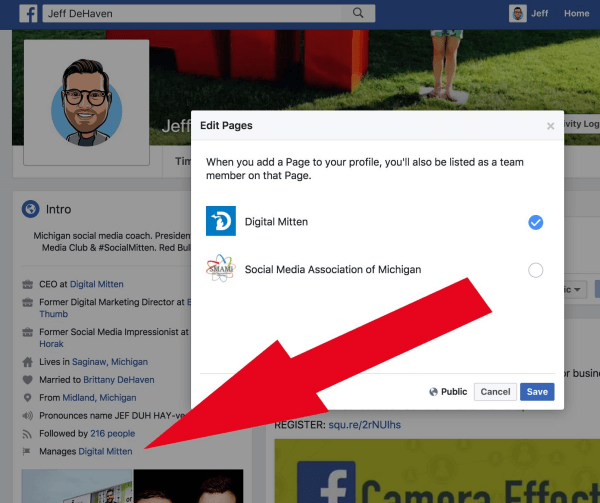 Facebook page admins can now link the pages they manage to their personal profiles.

Snapchat Launches New Crowd Surf Story Feature: Snapchat’s new Crowd Surf tool uses artificial intelligence machine learning technology to analyze snaps submitted to Our Story by multiple people recording the same musical performance at the same time. It then laces together the different angles to provide a “near-seamless” look at a live event from multiple perspectives. This new feature allows users to choose where to begin watching the stitched video and includes more than 10 seconds of footage in a row. TechCrunch reports that “Crowd Surf is set to be available at more public events in the future including concerts and speeches, but will require tons of people shooting and submitting Snaps from the same moment,” which limits its functionality to large events.

Pinterest Adds Pinch to Zoom Feature to Pins and Refines Visual Search Tool: Pinners can now get “a closer look at every inch” of a pin with the new Pinch to Zoom feature rolling out to all pins on iOS devices. Android users “will be seeing it soon.” Pinterest also announced an updated look for the visual search tool that makes the button “clearer… [and] a little easier to reach” and expanded this new feature to the Pinterest Save Button, a Chrome browser extension that allows visual searches without a Pinterest account. 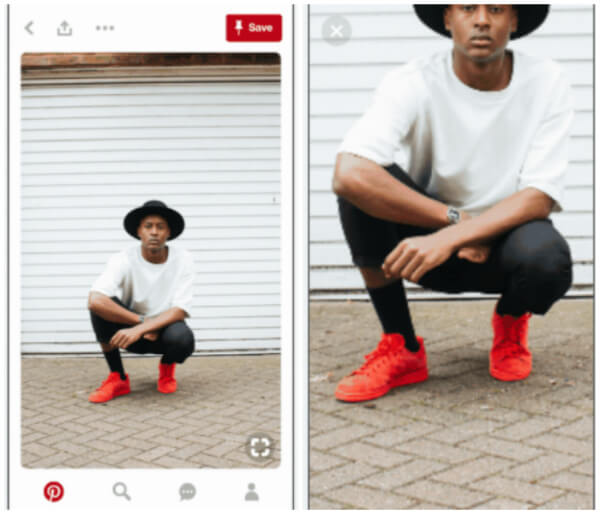 Pinners can now get a closer look at every inch of a pin with the new Pinch to Zoom feature rolling out to all pins on iOS devices.

Google Rolls Out Q&As in Google Maps and Mobile Search Worldwide: Google announced the rollout of a new Q&A feature to Google Maps and mobile search. Users now have the option to ask or answer questions about a location, landmark, or specific businesses within its Maps or mobile search listing. They may also scroll through existing conversations about a place and upvote the most useful ones. Business owners and “other in-the-know users” will be notified when questions are posted so they can provide an accurate response. This new feature is currently available to all Android users worldwide. 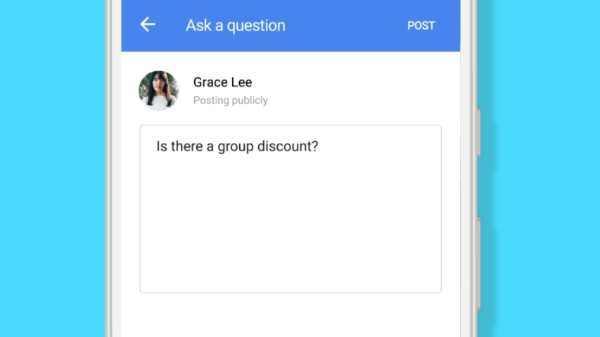 YouTube Tests Live View Counts in Mobile App: YouTube is testing a new live counter feature inside the YouTube app for Android that shows the number of viewers watching an uploaded video at a particular time. The counter is displayed beneath the video’s title and joins other metrics such as overall views, likes, and dislikes in offering greater insights on a video’s popularity.

Snapchat Shares User Growth Figures: In its 2Q 2017 Earnings Report, Snapchat reported that its daily active user base was up by 7.3 million people from last quarter, an increase of 4% and a total of 173 million. The Verge reports that this put Snapchat “a little bit ahead of Twitter and far behind Instagram – or even just Instagram Stories, a feature that copied Snapchat’s main product.”

Google Brings Hands-Free Calling Capabilities to Google Home Hub: Users can already use Google Assistant to help them place a hands-free call to anyone on their mobile phone. Google announced that people in the U.S. and Canada will soon be able to do the same on Google Home. This new AI service will be easy to use and free of charge. It will also feature voice recognition to support multiple users and give greater context around whom to call. Google also notes that calls can be made to the user’s own personal contacts, as well as millions of businesses across the U.S. and Canada.

Google Launches Allo for the Web: Google’s AI-powered messaging app, Allo, is now available on the web. Digital Trends reports that Allo for web “requires an Android phone… [and] a registered Allo account to use it.” Once approved, users can sign up and access the Allo web interface. At this time, Allo for the web can only be accessed through Google Chrome but Google states that it’s “actively working to support more browsers in the future.”

SoundCloud Saved by Emergency Bailout Package: SoundCloud was in danger of being terminated last week but was saved by a round of $170 million emergency funding under the condition that its current CEO be removed. 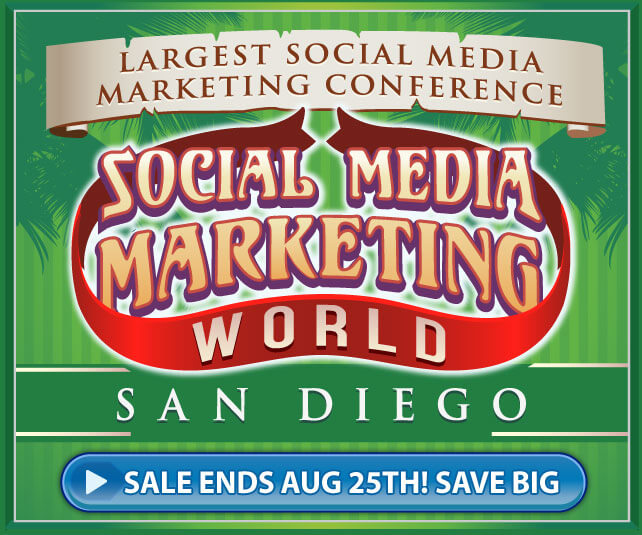