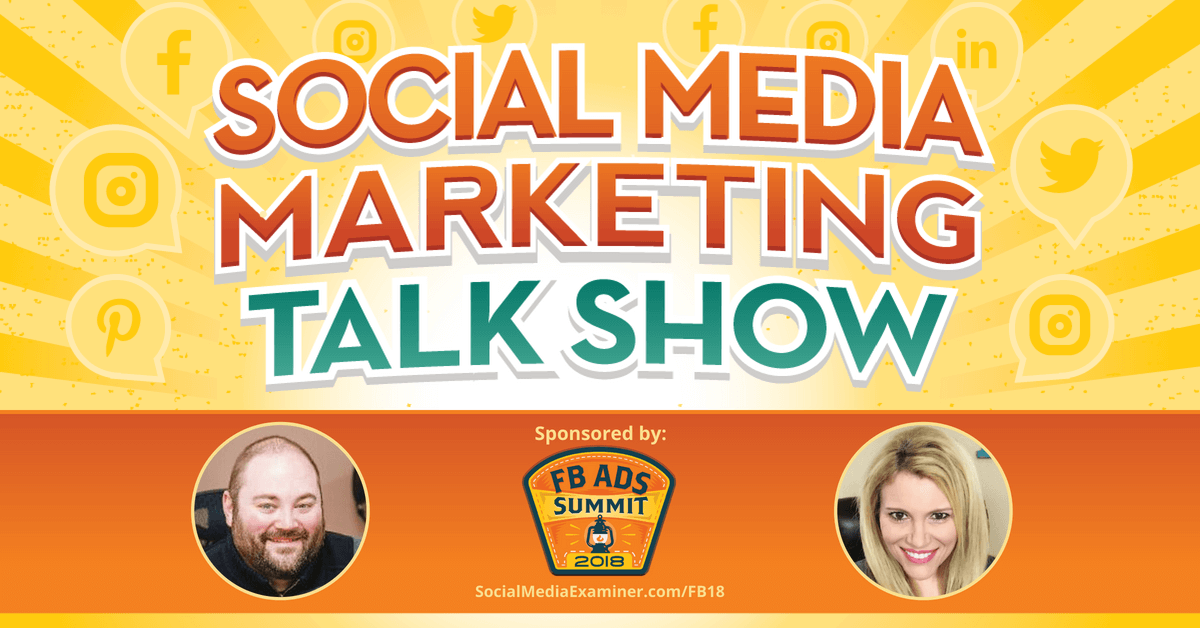 On this week’s Social Media Marketing Talk Show, we explore Instagram adding a questions sticker for Stories, Facebook ads updates, and other breaking social media marketing news of the week!

If you’re new to the show, click on the green “Watch replay” button below and sign in or register to watch our latest episode from Friday, July 13, 2018. You can also listen to the show as an audio podcast, found on iTunes/Apple Podcast, Android, Google Play, Stitcher, and RSS.

Instagram Introduces Questions Sticker to Stories: Instagram debuted an interactive questions sticker for Instagram Stories, “a fun new way to start conversations with your friends so you can get to know each other better.” With a question sticker, Instagram users ask followers for questions, which can be replied to and publicly shared from within the Stories feed. The questions sticker is available as part of Instagram’s latest update on both iOS and Android. (3:58)

Instagram Experiments With Persistent Stories Bar Within Main Feed: The Verge reports that Instagram is testing a Stories bar that remains visible as you scroll down your main feed. The Stories bar usually remains at the top of the app and doesn’t follow you as you scroll, but this update would make the Stories feature more present and prominent within the app. Instagram confirms this is only a test for now but hasn’t shared any other details about it. (15:42)

Instagram is testing a persistent Stories bar that follows you down the feed https://t.co/0QADSQsExG pic.twitter.com/1W06ShhDmR

Instagram Tests In-App Verification Form on iOS: Instagram is testing an in-app form that offers public figures, celebrities, and brands the opportunity to gain the coveted blue checkmark on their profiles. The form is currently available to iOS users in a test group, with Android to follow “in the coming weeks.” Users with access to the form must provide their account usernames, full names, and photo identification to apply. (20:00)

Facebook Tests Augmented Reality Ads in the News Feed and Rolls Out Three New Tools for Instagram: At this year’s F8 Developer Conference, Facebook announced a partnership with select brands to bring augmented reality ads to Facebook Messenger. This week, Facebook confirmed that a similar experience will begin appearing in the news feed. The company is currently testing AR ads with a small group of advertisers including Michael Kors, Sephora, NYX Professional Makeup, Bobbi Brown, Pottery Barn, Wayfair, and King and plans to roll them out more broadly to other industries over the course of the year. (22:37) 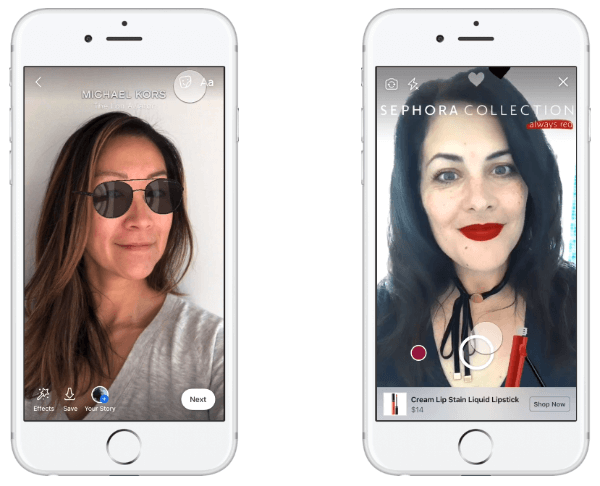 In the same announcement, Facebook shared plans to roll out a new Video Creation Kit, which allows advertisers to incorporate existing images into templates for mobile video ads, to all advertisers in August for ads on Facebook, Instagram, Messenger, and Audience Network. Facebook will also expand its support of shopping within the Instagram app by rolling out shopping tags in Instagram Stories “to all brands that have shopping on Instagram enabled during the holiday season” and is making Instagram’s collections ad format available to all advertisers around the world. 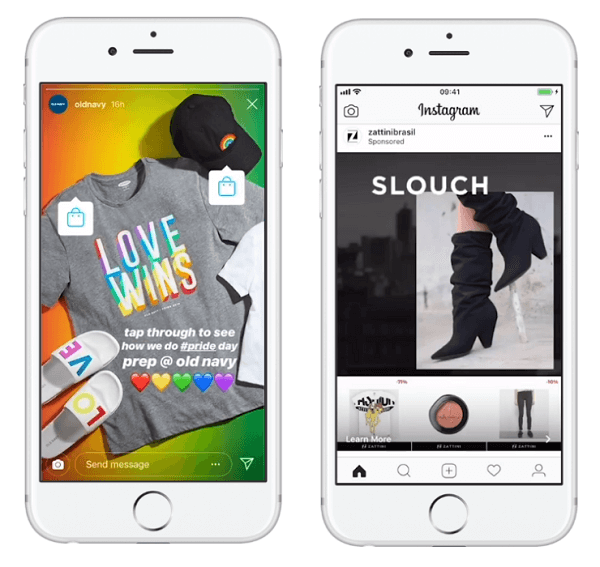 Facebook Adds Archive Feature for Stories: In mid-May, TechCrunch reported that Facebook was testing an Archive feature for Facebook Stories that’s similar to that of Instagram Stories. Last week, Mari Smith shared that this new feature is rolling out to more users and could provide a functional purpose for brands using Facebook Stories. Users will now be able to automatically and privately save their Facebook stories expiring after 24 hours and repost them again if they wish. (26:44)

Facebook Stories Archive is here! 🤗 Save your FB Stories privately after they expire; allows re-sharing later. [@Techcrunch reported archive was coming back on 5/16 https://t.co/bsubOiuFSc]. BUT, so far, not seeing HIGHLIGHT feature like Instagram. 🙄 pic.twitter.com/pmHHlI5lID 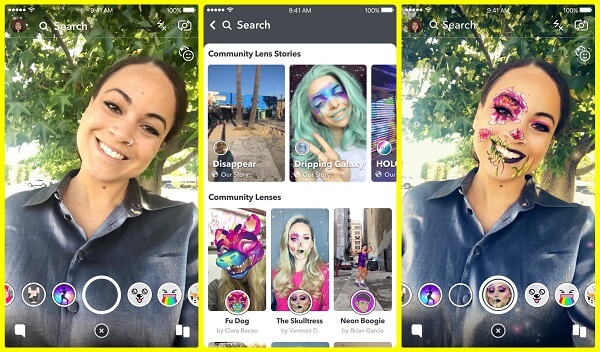 Snapchat Reportedly Developing Camera Search With Link to Amazon: TechCrunch reports that Snapchat appears to be developing a new camera search feature that users can “press and hold to identify an object, song, barcode, and more… [and] once an object or barcode has been scanned you can ‘See all results at Amazon.’”  Although Snap Inc. and Amazon have declined to comment on this possible new feature, code found within the Snapchat app for Android lists the ability to surface “sellers” and “reviews,” “Copy URL” of a product, and “Share” or “Send Product” to friends. It’s very likely these links will be sent via Snap messages or Snapchat stories.

Facebook Tests Mute Button for All Notifications: Facebook appears to be testing a new a Do Not Disturb button that would allow users to temporarily mute all mobile notifications. Screenshots show that Facebook is also testing time limits for do not disturb, so users can mute notifications for a predetermined amount of time. This new feature was spotted by Matt Navarra. However, Facebook hasn’t confirmed plans to roll it out more broadly.

Facebook is testing a mute button for all its annoying notifications https://t.co/JjlkPjlt8X pic.twitter.com/U0s7kIl0DZ

Twitter Tests Advertiser Takeovers of the Explore Tab: Twitter is starting to test promoted trend spotlight ads within the Explore tab. This new ad unit puts a large visual banner equipped with a GIF or image background atop the Explore section for the first two times a user visits it within a day. Afterward, the header will settle back into the Trends list. TechCrunch reports that the first batch of these takeover ads will be coming from Disney in the U.S.

Twitter Unveils New Ads Transparency Center: Twitter launched its new Ads Transparency Center, which was initially announced in October. As part of Twitter’s “commitment to be more transparent” in the face of fake news and political turmoil, the company created this central hub where users can search for any Twitter handle and bring up every ad campaign that account has run for the past 7 days. Twitter notes that this includes promoted-only tweets or if an ad was suspended and why.

Want to find out who is advertising on Twitter? 💰

Today we launched the Ads Transparency Center, which lets you do just that. pic.twitter.com/LYs8mpm3x6

Twitter Purged Locked Accounts From Follower Counts Worldwide: As part of the company’s “ongoing and global effort to build trust and encourage healthy conversation” on its platform, Twitter purged locked accounts from follower counts across all profiles globally. Twitter states that the number of followers displayed on many profiles may go down “in the next few days” as a result of this move and warns that follower counts may continue to shift as it works to identify and challenge problematic accounts.

You should be confident that the follower numbers presented across Twitter are meaningful and accurate. We’re introducing a change to follower counts as part of our work to make Twitter a more trusted service for public conversation.  https://t.co/A2ZEGHjOZ8

Pinterest Adds New Collaboration Tools for Group Boards: Pinterest added new collaboration tools that make it even easier to manage and communicate on shared group boards. Pinners can now keep track of what’s happening on a board with the new group activity feed that highlights when someone saves a new pin, adds a new section, or a new member joins, and more seamlessly have conversations or share reactions about specific pins. Pinterest notes that only members of the group can see these conversations. These updates are available starting across all platforms on mobile and web. 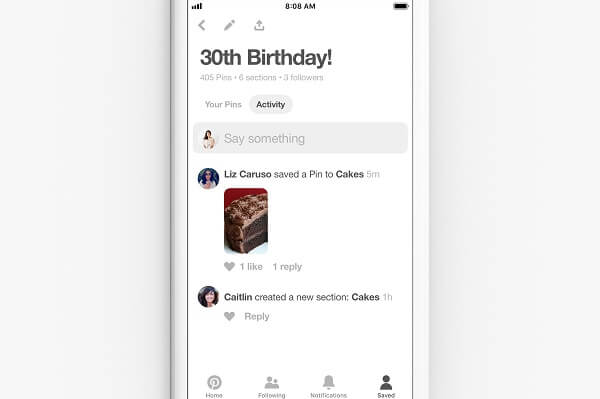 Pinterest Introduces One-Click Saving for the Web: Pinterest rolled out an update that makes it possible to save pins from the desktop web with just one click instead of having to click the Save button and pick a board. Pinterest notes that one-click saving will also work on pins you see in search results, your home feed, or Following tab. 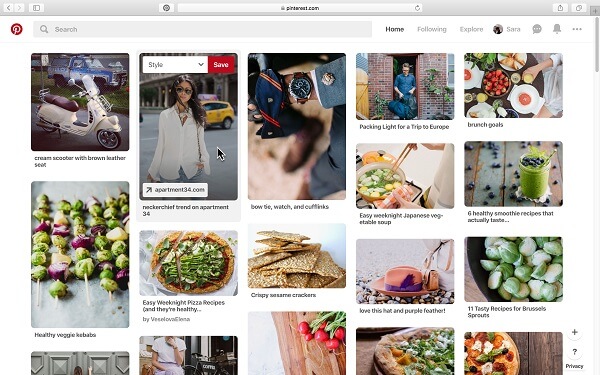 WhatsApp Enables Group Chat Restrictions: WhatsApp launched a new group setting where only admins are able to send messages to a group chat. This new broadcasting feature makes it easier for organizations, communities, or schools to share important announcements and information within the app. This new setting is rolling out to all users around the world on the latest supported versions of the app. 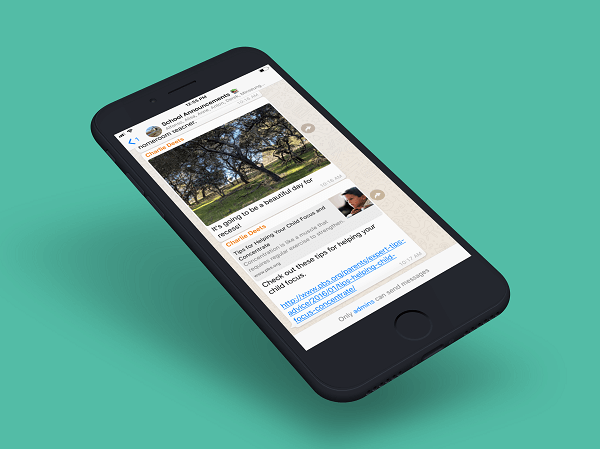 WhatsApp Labels Forwarded Messages: WhatsApp will start labeling forwarded messages sent in the app to “help make one-on-one and group chats easier to follow” and determine who originally wrote and sent the message. Engadget reports that this added level of security was prompted by misinformation and online rumors running rampant through WhatsApp conversations between Indian users. This small upgrade is an attempt to curb the violence caused by the spread of fake news on the platform. 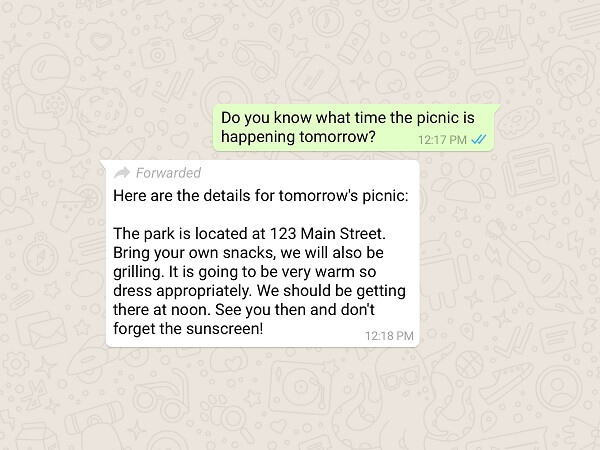 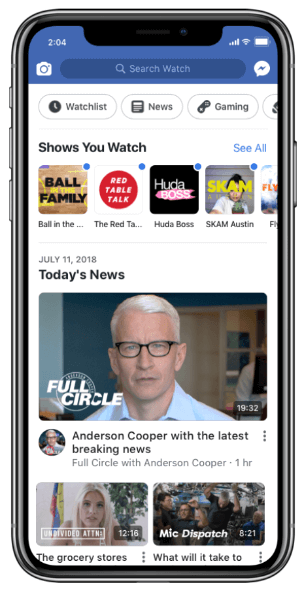 YouTube Incognito Mode Rolls Out to All Android Users: We reported that YouTube began testing Incognito mode on Android in mid-May. This week, 9to5Google reports that all YouTube for Android users now have access to Incognito mode, which allows viewers to disable their watch and search histories on the app with the latest app update.

YouTube’s Incognito mode for private watching is widely rolling out on Android https://t.co/ncxMQXjyoz by @technacity pic.twitter.com/aLGIeeUTyE

YouTube Picture-in-Picture Mode Available for All U.S. Android Users: YouTube confirmed that picture-in-picture mode has now rolled out to all U.S. YouTube users on supported Android devices. Picture-in-picture mode was previously a paid-only feature but had been slowly rolling out to non-Premium subscribers since this April. The full rollout was expected to be completed this past week.

In addition to launching more news shows throughout the summer, Facebook is also expanding the video platform into other areas such as Facebook Gaming, a Twitch-like home for video game creators.