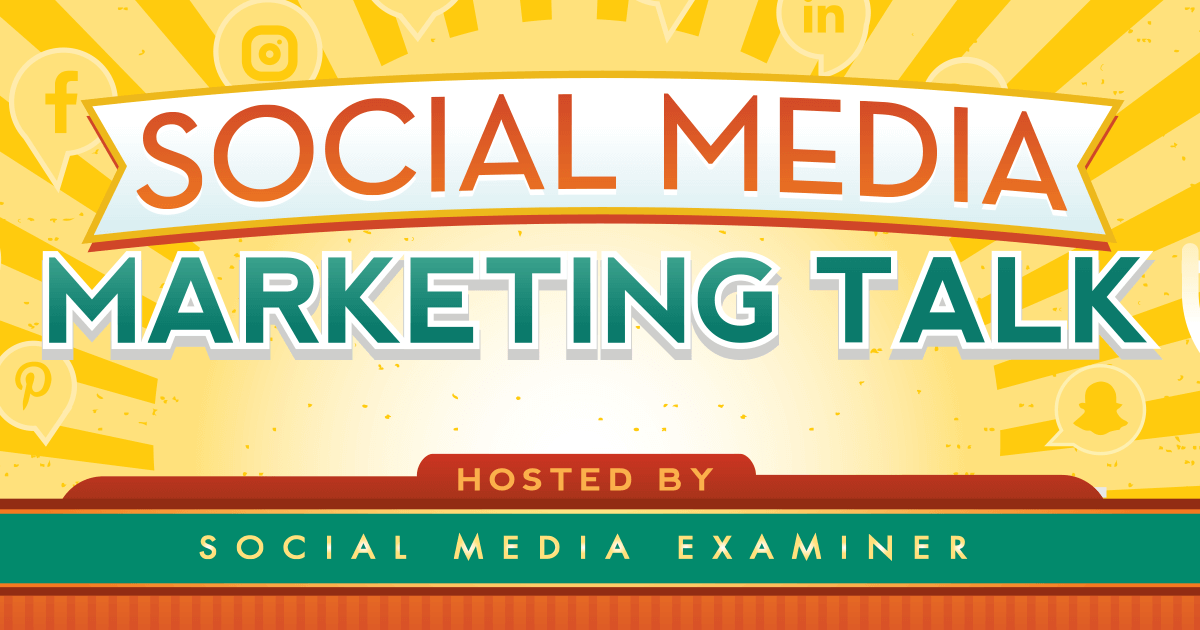 On this week’s Social Media Marketing Talk Show, we explore how marketers are preparing for GDPR with Danielle Liss; Facebook ad updates with Amanda Bond; Snapchat, Pinterest, and more with Jeff Sieh; and other breaking social media marketing news of the week!

If you’re new to the show, click on the green “Watch replay” button below and sign in or register to watch our latest episode from Friday, April 27, 2018. You can also listen to the show as an audio podcast, found on iTunes/Apple Podcast, Android, Google Play, Stitcher, and RSS.

Marketers Prepare for the European Union’s Comprehensive GDPR Laws: The General Data Protection Regulation (GDPR) is a set of European Union (EU) laws that provide greater protection for consumers’ privacy and set strict guidelines on how personal information is collected, stored, and used. This new policy is taking effect on May 25, 2018, and is specifically focused on citizens of the EU and any companies doing business in the region. Our guest, Danielle Liss from Hashtag Legal, explains how GDPR affects social media marketing and how businesses can prepare to comply before May 25. (3:58)

Facebook Refines Ad Targeting Policies: Late last year, Facebook halted ad targeting that discriminates against ethnic groups and other sensitive segments of the population. Facebook worked with privacy, data ethics, and civil rights experts, and charitable and advocacy organizations to develop an ad targeting policy that’s both safe and civil. The company rolled out new prompts that remind advertisers about Facebook’s anti-discrimination policies before they create an ad campaign. Facebook has also refined its exclusion tools by removing thousands of categories from exclusion targeting. (25:40) 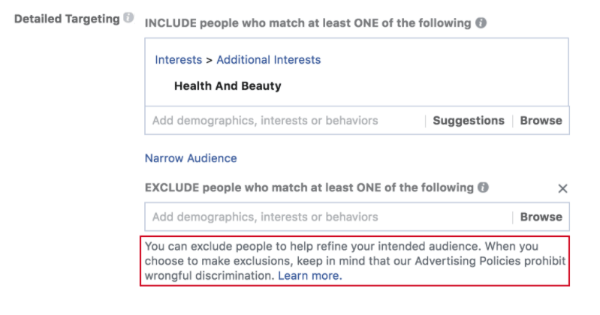 Facebook Clarifies Advertising Process and Data Practices: Facebook outlined the basics of how advertising works on Facebook and answered the most frequently asked questions about its advertising practices. In a blog post on Facebook’s Newsroom blog, Vice President of Ads Rob Goldman explains how information from using Facebook, advertisers, and third-party websites is used to target ads to individuals. He also illustrates how users can control, manage, and even delete their data from Facebook to opt out of ads in an infographic. (30:20)

Facebook Expands Pre-Roll Video Ads and Tests New Video Ad Tools: In a post on the Facebook Media blog, Facebook shared early best practices on how creators and publishers can create videos that “people seek out and return to regularly” and announced new video monetization opportunities. Facebook began testing pre-roll video ads on Facebook Watch videos earlier this year. With such positive results, Facebook is expanding this test to “places where people seek out videos” such as search results or on pages. (37:33)

In this same announcement, Facebook also announced that it’s testing a new show “preview” trailer format that allows viewers to discover new Watch episodes in the news feed, a feature that automatically detects the ideal spots for ad breaks within eligible videos, and the option to submit videos for monetization eligibility review prior to posting.

Snapchat Introduces Shoppable AR Lenses: Snapchat introduced a new Shoppable AR feature to its augmented reality Lenses. Shoppable AR makes it possible for brands and marketers to add a button directly to a Lens that users can tap to visit a website, install an app, or watch a longer video like a movie trailer or how-to tutorial. Snapchat is testing Shoppable AR Lenses with four select media partners before possibly expanding them to more brands. (43:36)

Snapchat Supports User-Generated Face Lenses: In addition to introducing Shoppable AR Lenses, Snapchat also enabled the ability to create customized Face Lenses in Lens Studio. Prior to this update, developers could only create a World Lens within in Lens Studio. Now developers can access seven new templates for creating AR masks, distorting facial features, adding stylized overlays and 2D and 3D objects, and more for Snapchat. In addition, Snapchat announced a new integration with Giphy that will give Lens Studio developers access to a massive library of animated GIF stickers that can also be added to Lenses. (46:49)

Snapchat Releases Augmented Reality Games: Snapchat introduced Snappables, new Lenses that use touch, motion, and facial expressions to play augmented reality games within the app. Users can choose a game and either compete with or play along with friends. Snappables live alongside Snapchat’s other Lenses and new ones will be released every week on both the iOS and Android versions of Snapchat. (47:54)

Snapchat Debuts Spectacles V2: Snap Inc. released Spectacles V2, which features a slimmer profile, charging case, and the ability to capture photos, as well as videos. The new Spectacles are also water-resistant, come in three trendy colors, and have prescription options. Spectacles V2 are available for purchase online or within the app in the U.S., Canada, UK, and France, then in 13 more European countries on May 3. (48:59)

Snapchat Tests 6-Second Unskippable Ads: Digiday reports that Snapchat will start testing 6-second, unskippable ads in its TV-like shows as part of a trial period starting May 15. The new ad format, called Commercials, will run in select Snapchat Shows, but not in Snapchat’s Discover section or users’ personal stories. (51:40)

Nonskippable ads are coming to Snapchat. Once reluctant to force ads on its users, Snapchat is going to start testing these ads in its TV-like shows https://t.co/Hhj8vaUHrk

Pinterest Rolls Out New Business Profile and Insights: Pinterest rolled out a new business profile that features a dynamic cover image. This new feature allows brands to highlight the content that they want customers to see first such as their latest pins, specific boards, or most recent Pinterest activity on their site. Pinterest for Business also added a new stat that reports “the total number of people who saw your Pins in the last 30 days.” Both of these updates, along with the recently announced Following tab, will be rolling out “over the next couple months.” (52:30) 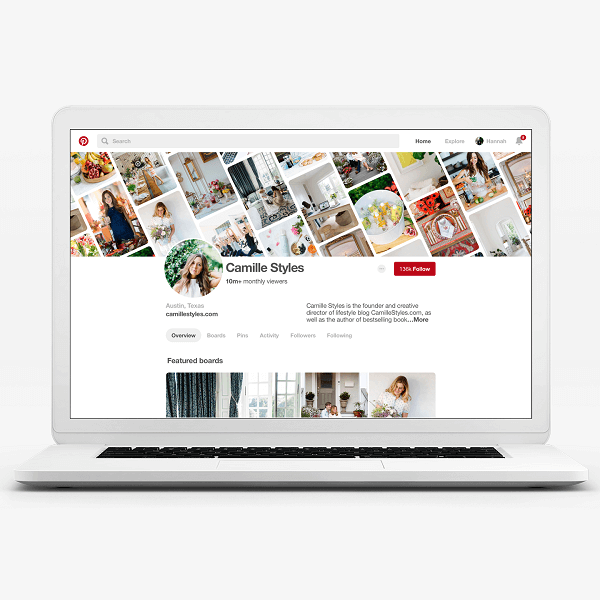 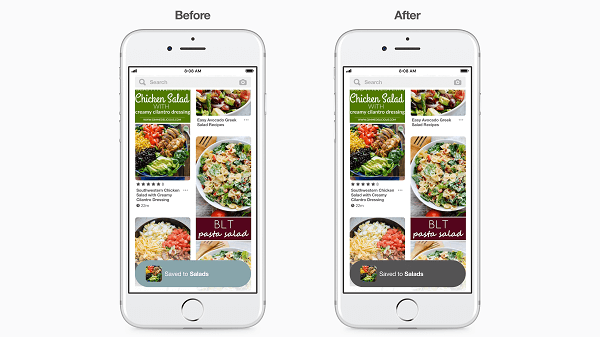 Instagram Enables Multiple Image Uploads on Android: Android users now have the ability to upload multiple photos and videos to their Instagram stories all at once. Instagram will also automatically suggest location stickers based on places around where an image or video was captured. These updates are currently available on Android and will be coming to iOS “in the coming weeks.” (55:44)