SEO – Why we shouldn’t forget about PageRank in 2019 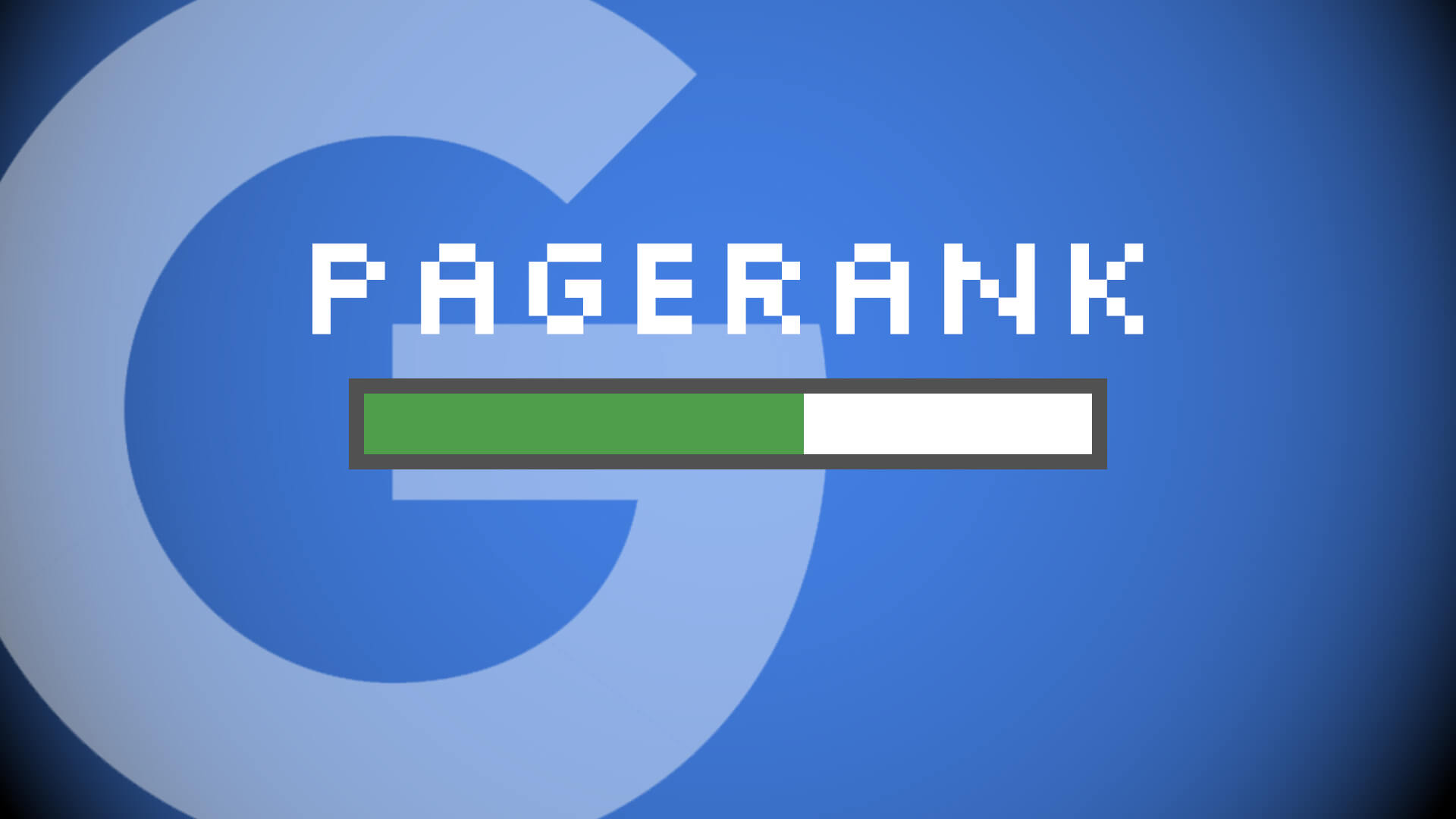 
Before we talk about anything else, let’s address the elephant in the room.

But even though Toolbar PageRank is gone, Google’s Gary Illyes confirmed in 2017 that PageRank* is still a ranking signal (albeit one of hundreds that Google uses).

*(To avoid confusion, I’ll be using the term “Toolbar PR” to refer to the now non-existent public version and “PageRank” to refer to Google’s behind-the-scenes metric.)

We also have other evidence that Google is still using and updating PageRank behind the scenes: In April 2018, they updated their PageRank patent and filed for a continuation.

Of course, just because Google has a patent, it doesn’t mean they use it. But there’s enough evidence here to suggest PageRank still exists and it’s still a metric that matters, even if the general public can no longer view their 1 through 10 Toolbar PR score. PageRank is far from the only metric that matters, but that doesn’t mean we should ignore it entirely or pretend it doesn’t impact rankings.

Which brings us to the topic at hand: If we know PageRank is still a ranking signal but we don’t know what changes Google is making to their algorithm or how impactful PageRank is in 2019, what can we do about it?

This is where SEOs generally fall into one of two camps.

There’s no one-to-one substitution for Toolbar PR available and no foolproof way to calculate PageRank. I’m not going to peddle snake oil and tell you such a thing exists.

Instead, this article will give you a (very brief) rundown of PageRank’s history, explain how it is (or was) calculated, and then talk about a recent study that shows the correlation between these alternate solutions and rankings. We’ll end with some basic tips that should help you improve your PageRank (in theory, at least).

Let’s jump into a (short and sweet) history of PageRank.

If you had even a passing familiarity with SEO over the past few years, you’ll probably recognize Toolbar PR. Toolbar PR took the more complicated behind-the-scenes PageRank metric and condensed it down into a zero to 10 score that was easy to understand: the higher your number, the better your page.

What is PageRank? The TL;DR version is that it’s a way for Google to rank web pages according to importance as determined by the number and quality of a page’s inlinks.

So, let’s pretend your page has a PageRank of 10/10 and includes links to five other pages. According to Google’s original formula, 85% of your page’s PageRank would be divvied up between each of the pages you linked out to. 8.5/5 = 1.7.  So each page would receive a PageRank of 1.7/10 from your page.

(This is a very simplified look at how PageRank was calculated. If you’re interested in the math, I recommend brushing up on How PageRank Really Works by Dixon Jones. It’s a fascinating read.)

Suffice to say that when SEOs talk about the “quality of a link” or “link authority” or “link juice” or use phrases like “not all links are created equal,” this is part of what we’re talking about.

Of course, Google’s changed a lot about how they rank pages over the years. It would be foolish to assume that PageRank hasn’t undergone a similar evolution. Nevertheless, it’s a safe bet that the fundamental concept and underlying goals of PageRank have remained fairly constant over the years.

This is based on the old PageRank patent, AFAIK. I wouldn’t surprised if there are significant things changed in the meantime. It’s still useful as an exercise, but I wouldn’t assume that this is 1:1 what’s implemented at Google now.

In theory, PageRank sounds like a good way to find out which pages users are looking for and ensure that users are shown the best and safest pages that fit their search criteria. And evidently, Google is still using PageRank in some capacity in their ranking algorithm.

But, as I’ve already mentioned, by late 2013 the public-facing tool was practically pushing up daisies. So what went wrong? The short answer is: SEO went too far.

With the advent of Toolbar PR, PageRank was adopted as the ranking signal to optimize for. What came next was a wave of link farms and link spam. Unscrupulous SEOs tried to game the system and artificially bolster their PageRank score. Buying “high PR” links became its own industry and agencies began selling the service to companies around the world.

Google explained why many times:

“We’ve been telling people for a long time that they shouldn’t focus on PageRank so much; many site owners seem to think it’s the most important metric for them to track, which is simply not true. We removed it because we felt it was silly to tell people not to think about it, but then to show them the data, implying that they should look at it. :-),” said Google’s Susan Moskwa.

In 2016, Toolbar PR was officially gone.

So, why are we talking about PageRank today if it’s been out of sight and mind for the past three years? Because, in the absence of Toolbar PR, SEOs have devised many strength-of-domain link-based metrics we can use to approximate PageRank.*

*(Again, to be clear, none of these are exact replicas of PageRank, nor do they tap into what Google is doing behind the scenes. But, as thousands of people have discovered, they’re still useful metrics when you’re performing SEO and looking for areas to improve.)

Today, we have access to more third-party replacement metrics than ever before, and more are appearing all the time. This begs the question: Which is the best metric to use in a majority of SEO cases (i.e., what’s the new “gold standard?”)

To find out, it’s become standard practice to measure these metrics against tangible SEO results – SERP positions in particular. This way, we can see which metric more closely corresponds to real-world results.

We want Domain InLink Rank to reflect the ranking power of pages as accurately as possible so SEOs gain a better understanding of the quality of their domains and pages. To test the validity of our metric, we regularly conduct Domain InLink Rank Correlation Studies.

Our most recent study took place between March 4-6, 2019. During that time, we compiled a list of 1,000,000 URLs taken from the top 30 positions in Google SERPs for 33,500 queries. We then calculated Domain InLink Rank for each SERP.

We found that the correlation between InLink Rank and SERP ranking was extremely high: 0.128482487. I won’t go into the full details here but you can check out the study if you’re interested in our specific methodology.

Suffice to say that the metric correlates strongly enough with actual Google rankings.

How to improve PageRank

Even though we can’t see our PageRank score or measure it directly, there are a few best-practice steps you can take to preserve and increase your PageRank:

When you’re seeking new ways to improve your rankings, it helps to consider all the signals we know about and factor those into the decisions you make that improve your website experience – both for users and search engines.

InLink Rank and other similar metrics are a good starting point for evaluating the ranking potential of particular domains: industry studies have proved these metrics to correlate strongly enough with SERP rankings.

Today, links are still a vitally important part of SEO. If you understand this, you know that many of our industry’s best-practice optimizations have an impact on PageRank. We may not be able to measure it directly but it doesn’t hurt to remember that the PageRank formula is still important in 2019.