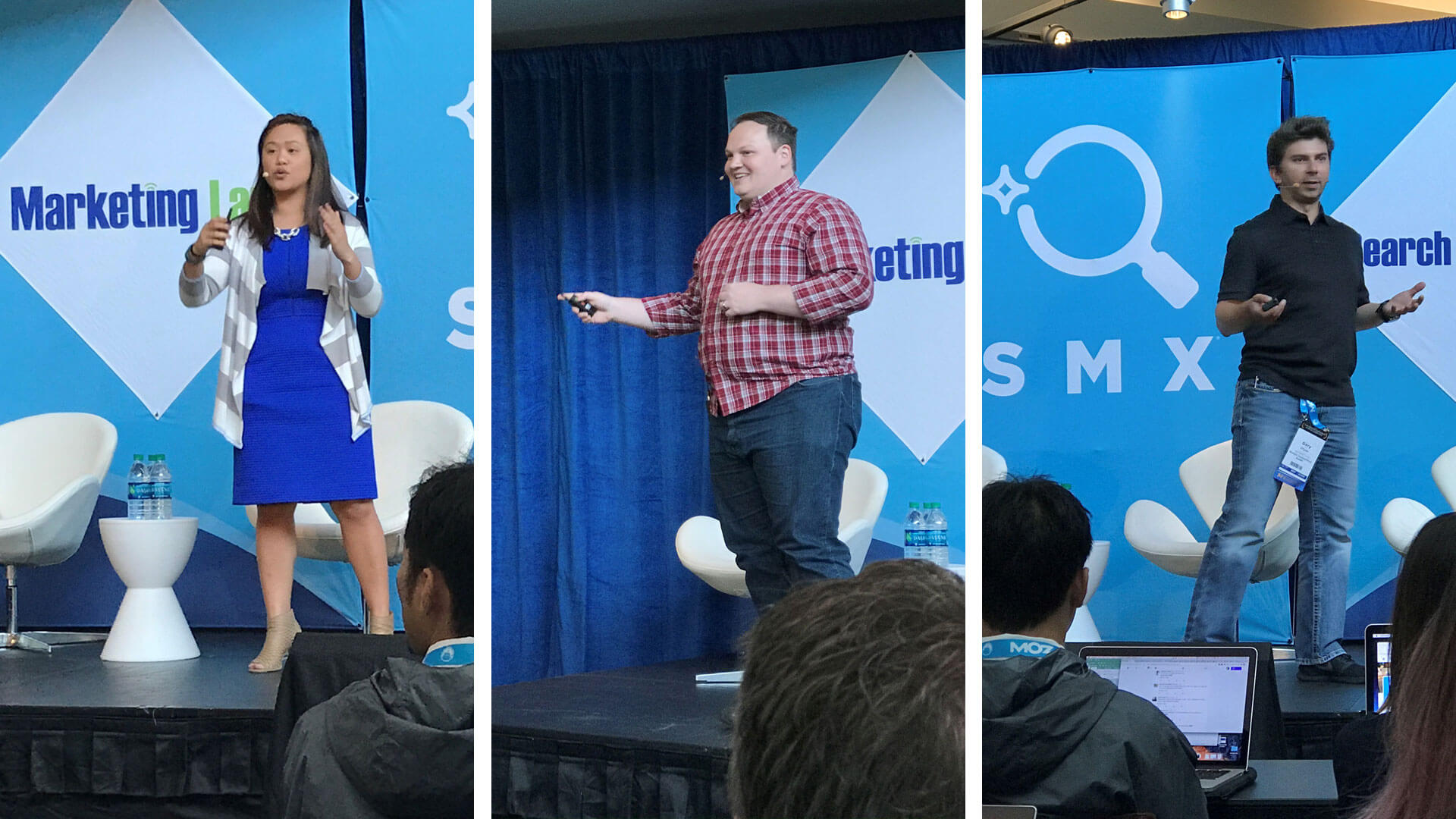 
SMX Advanced was amazing this year, and when they asked me to write up a session, I immediately asked to cover the mobile-first session. Sure, we’ve been talking about being “mobile-first” for years, but with Google’s impending Mobile-First Index (yes, I capitalized that on purpose), I knew this session would be full of awesome info.

Leslie To kicked off the session with an in-depth walk-through of a mobile site audit. While there are site elements that matter to users regardless of screen size, To covered the important points that are vital to a successful mobile site. From using HTML5 for videos and rich media to proper navigation menus, she shared a “do” and “don’t” list for each individual element.

There’s a huge difference between having a responsive site and using your responsive site correctly. To pointed out that designers and developers need to allow content and media to scale to fill the screen size of any device, and that it’s important to consider how your site looks on both landscape and portrait device orientations.

Usability isn’t just about your content and scaling, so she also talked about how mobile-friendliness also includes mobile usability. She talked about the correct way to size tap targets, using common gestures, and the importance of coding your site to use the correct contextual keyboard.

To finished up with an explanation of how to audit the different configurations of mobile sites. Whether you’re dealing with a separate mobile URL, a dynamically served mobile site or a responsive site, she showed what to check to ensure each configuration was implemented correctly.

Check out the slides from Leslie To’s presentation:

Mobile sites: How did we get here?

Patrick Stox took the stage next, and he had the audience rolling almost immediately. His presentation covered the history of the telephone, from its invention to today’s smartphone, and how it led us to our current “mobile-first mindset.” Stox was hilarious and informative, stopping in the middle of his brief history of the phone to say that he’d always wanted to present to a room full of people looking at their phones.

After quickly running through the history of the phone, he pointed out that more people in the world have mobile phones than have toilets, and that 68 percent of smartphone users say they check their phone within 15 minutes of waking up the morning. The average consumer checks his or her smartphone 46 times a day — and that’s why it’s important to be mobile-friendly.

With more than 50 percent of web traffic happening on mobile devices and around 60 percent of searches being conducted on mobile, it’s absolutely vital to have a great mobile site, said Stox.

Fifty-three percent of people will leave a page if it takes longer than three seconds to load, so it’s critical that your mobile site loads quickly. Stox then made the case that Google’s Mobile-Friendly Test Tool doesn’t accurately measure load speed; it only checks that mobile site best practices are followed.

To demonstrate, he showed a test he ran on the Washington Post mobile site, which took just over 40 seconds to load. Yet, when you run it through the Mobile-Friendly Test Tool, it passes with flying colors!

Stox then pointed out that most mobile sites out there have fewer links in, fewer links out and less content than their corresponding desktop sites — so we all have a lot of work to do to prepare for the impending Mobile-First Index.

Check out the slides from Patrick Stox’s presentation:

Don’t freak out about the Mobile-First Index

He told everyone not to freak out, and that there was no set timeline for the rollout of the Mobile-First Index. No clear date was given, but he said the launch was probably many quarters away, and definitely in 2018 at the earliest. Google wants to clearly communicate with publishers before rolling out the update, because they want to be sure that sites are ready for it.

Google understands that there’s much less real estate on a mobile device, so it’s perfectly OK to cut back on unnecessary content (the emphasis is mine). Illyes said that if you want to rank for a term or certain content, it will have to be present on your mobile site.

Illyes also pointed out that “mobile-first” literally means “mobile first,” so if there are sites that have no mobile content, the index will fall back and include desktop content. That only holds true for sites with no mobile content, though — once you roll out a mobile site, that’s the only content that gets indexed.

Google knows that the link graph is “completely messed up” on the mobile web, so they’re trying to figure out how to make links work in the Mobile-First Index.

Finally, Illyes pointed out that while the current algorithm devalues content that’s hidden behind “read more” links or accordion tabs, Google understands the constraints of screen real estate on mobile devices. Once the Mobile-First Index is released, content that’s hidden in this manner will still carry its full value.

You can’t check out the slides from Gary Illyes’s presentation, because they were confidential. So instead, here’s one of his fish photos: 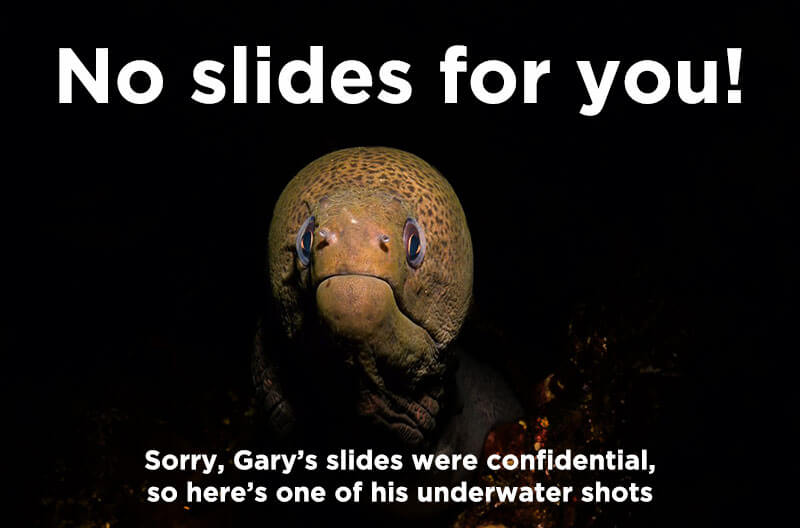 Greg Gifford is the Director of Search and Social at DealerOn, a software company that provides websites and online marketing to new car dealers all over the country. Check out their awesome blog for more of Greg’s local search posts and videos.