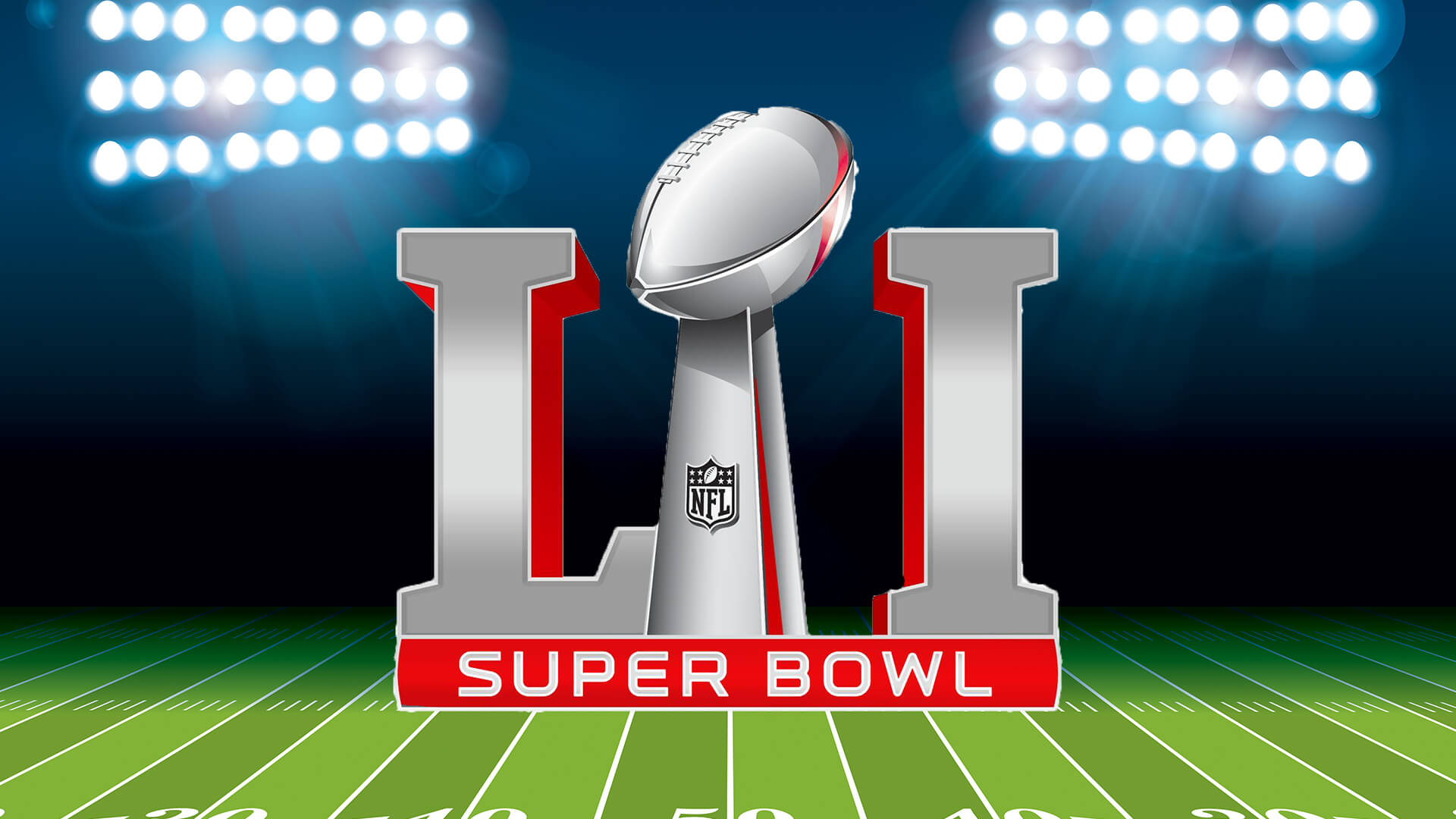 
It’s no secret that most Super Bowl advertisers see a surge in search volume on and immediately following game day. What is not so well known is how much of a bump advertisers can gain by releasing their ads, or ad teasers, as is increasingly common this year, ahead of Super Bowl Sunday.

Technology company Quancast pulled some data for Search Engine Land to help answer that question. A look at five brands that have released their ads online ahead of Super Bowl LI shows the impact can vary widely, but all five saw a lift in brand searches in the days after release.

CPG brands Snickers and Budweiser saw by far the biggest jumps in brand search volume. Snickers has garnered attention for its four teaser ads in which the brand touts it will film the first live commercial, starring Adam Driver, during the game. Buzz around those teasers drove brand searches up 2,669 percent. Budweiser’s ad telling the story of its immigrant roots led to a brand search volume lift of 650 percent in the days after releasing the ad online.

The Quantcast data may also indicate that these bigger consumer brands are likely to see the largest surges in brand search volume when releasing ad content before the game. Super Bowl newcomer Mr. Clean saw the smallest bump among the CPG brands with the release of its teaser ads, though it still garnered a significant lift of 313 percent. 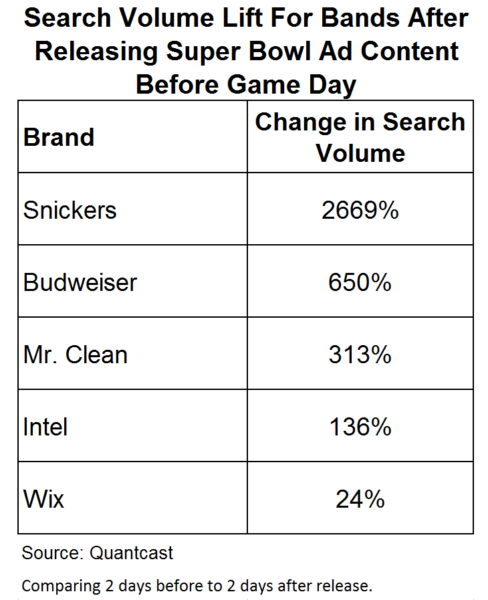 The two B2B brands Quantcast looked at saw less of an impact. Intel’s online release of its first Super Bowl ad, featuring Tom Brady doing everyday things, led to a relatively small bump of 136 percent in brand search. This spot will likely garner much more attention during the game, in which Tom Brady aims to win his fifth Super Bowl title. It will be interesting to see how much that translates to a brand search for Intel. Web development company Wix.com’s early release of its ad drove just a slight lift of 24 percent.

If you’re wondering how much of a relative bump in brand search Snickers and Budweiser have seen from past Super Bowl efforts, Google Trends data helps illustrate it.

Nothing else has driven brand search for Budweiser like the Super Bowl.

Halloween gives the big game a run for its money for the candy brand. If Quantcast’s early data is any indication, however, Snickers could see its Super Bowl efforts rival those of 2015.

With Super Bowl ads costing $5 million for a 30-second spot this year, Quantcast’s data would seem to underscore the benefits of an early online strategy for Super Bowl advertisers to drive brand awareness.