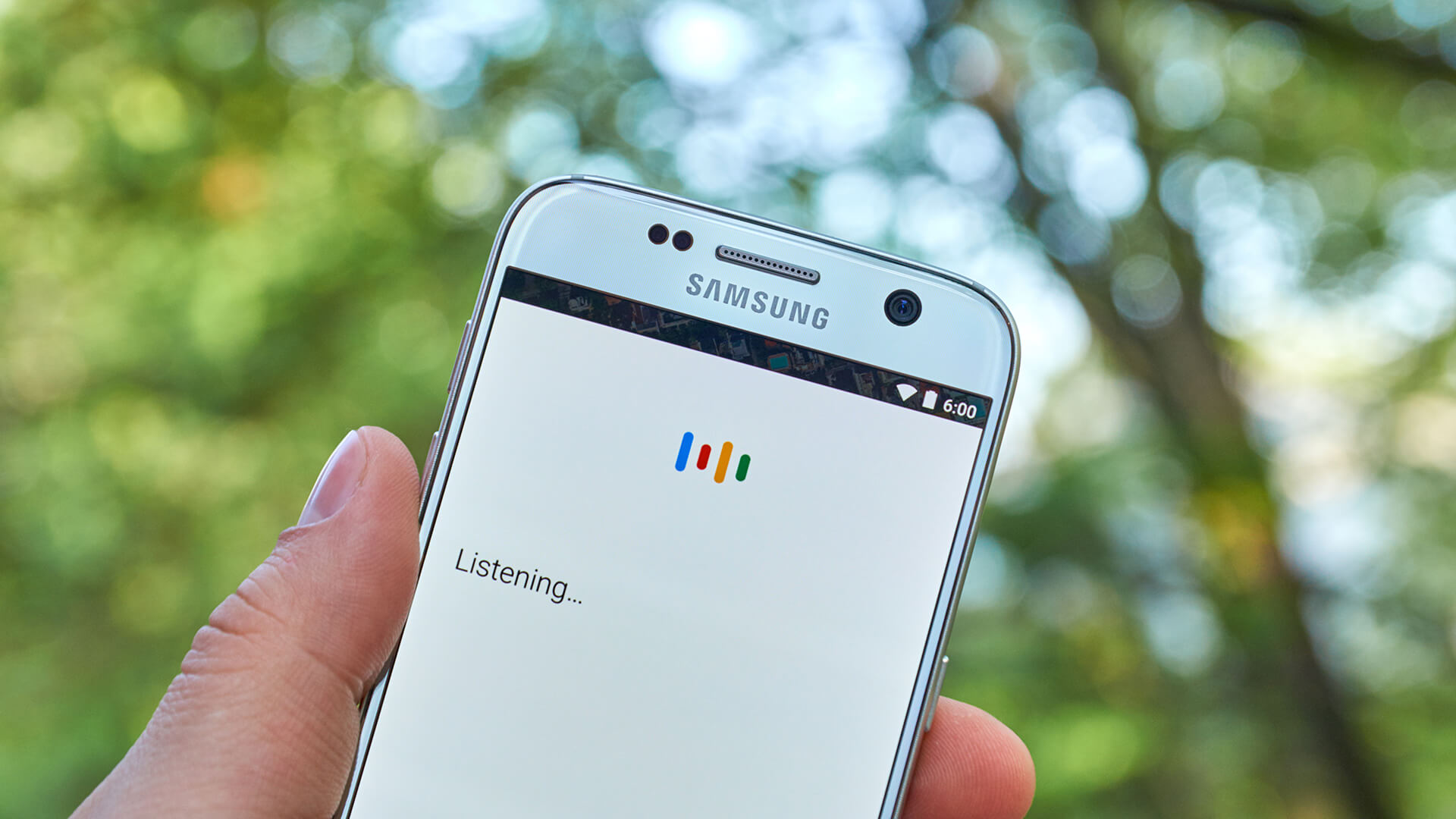 
Google has added a microphone to the Google.com search field on Android phones to enable mobile web voice search. It’s an interesting move given that users could already do voice search on the mobile web, with the Android keyboard microphone.

A new mic icon. Below are screens from Android on the left and the iPhone on the right, showing Google.com search results. The iPhone doesn’t show the mic, although the keyboard allows voice input. The search phrase is “what percentage of mobile queries are voice searches?”

Beyond the microphone icon inside the search box, the major difference — a significant one — is that users will hear a spoken response now with Android mobile web searches rather than simply get a set of “silent” results. This voice response may encourage people to undertake more searches while their eyes are occupied, such as when they are cooking or driving.

This may or may not technically be the Google Assistant in action. But for all practical purposes that’s how it appears. 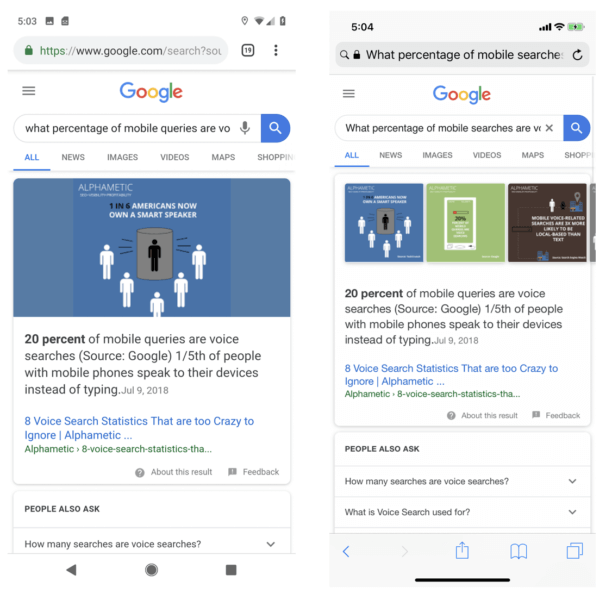 But you could already voice search on the mobile web. The search bar on the Android home screen already provides access to the Google Assistant. So Google isn’t offering a new capability and most users probably aren’t doing the bulk of their searches on Android phones from Google.com.

So what is Google doing? In one sense it’s just making voice search and the Assistant ubiquitous, so that any entry point for Google search offers a consistent experience. It’s also further training people to use voice and interact with the Assistant, which is a cross-platform utility and thus “bigger” than search.

Why you should care. In 2016 Google announced that 20 percent of mobile queries were voice searches. Since that time the company has not updated its numbers, though almost certainly the figure is larger today.

It’s important to distinguish between voice search on smartphones and smart speakers. In the latter context, we have an emerging channel whose use cases are still not well established. With smartphones we have the primary search device being used today.

As Google trains users to search via voice and pushes the Assistant front and center, snippets and structured data become even more important. There are already voice optimization best practices that marketers should be following. And these are still mostly about smartphones — at least for the foreseeable future — where queries are likely to keep increasing due to moves like this one by Google.

Greg Sterling is a Contributing Editor at Search Engine Land. He writes a personal blog, Screenwerk, about connecting the dots between digital media and real-world consumer behavior. He is also VP of Strategy and Insights for the Local Search Association. Follow him on Twitter or find him at Google+.
addsGoogleinputmobileresultsSearchSEOspokenvoiceWeb