Not that anyone needed another distraction online, Google has now added an interactive fidget spinner to its basket of Easter eggs.

Reported today on Search Engine Journal, Google mobile and desktop searches for “spinner” will result in a digital spinner atop search results. (A search for “fidget spinner” doesn’t work — as that search term is dominated by Google Shopping campaigns, of course.)

The interactive screen has a toggle in the top right corner to switch between the latest pop culture fidget toy phenomena and a number spinner, which was spotted by a reader back in January. 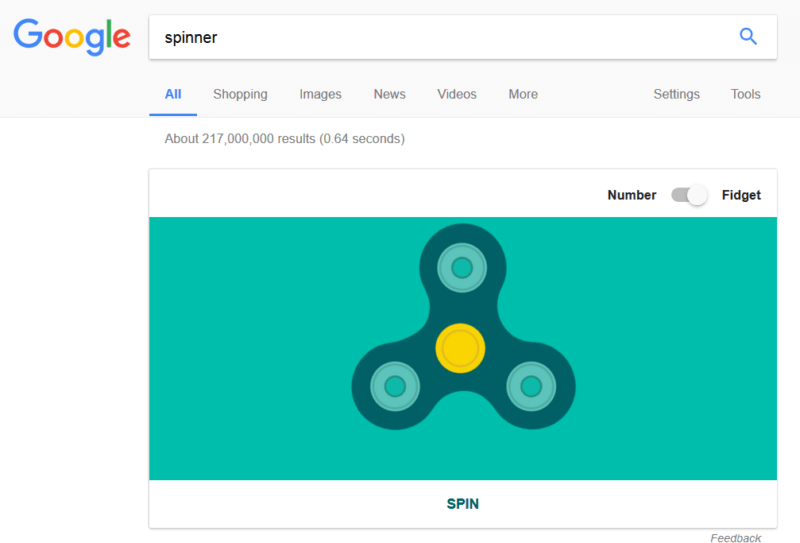 Much like my kid’s constant begging to buy him one, Google’s fidget spinner doesn’t stop once you click the “spin” button. More clicks only change its pace and direction.