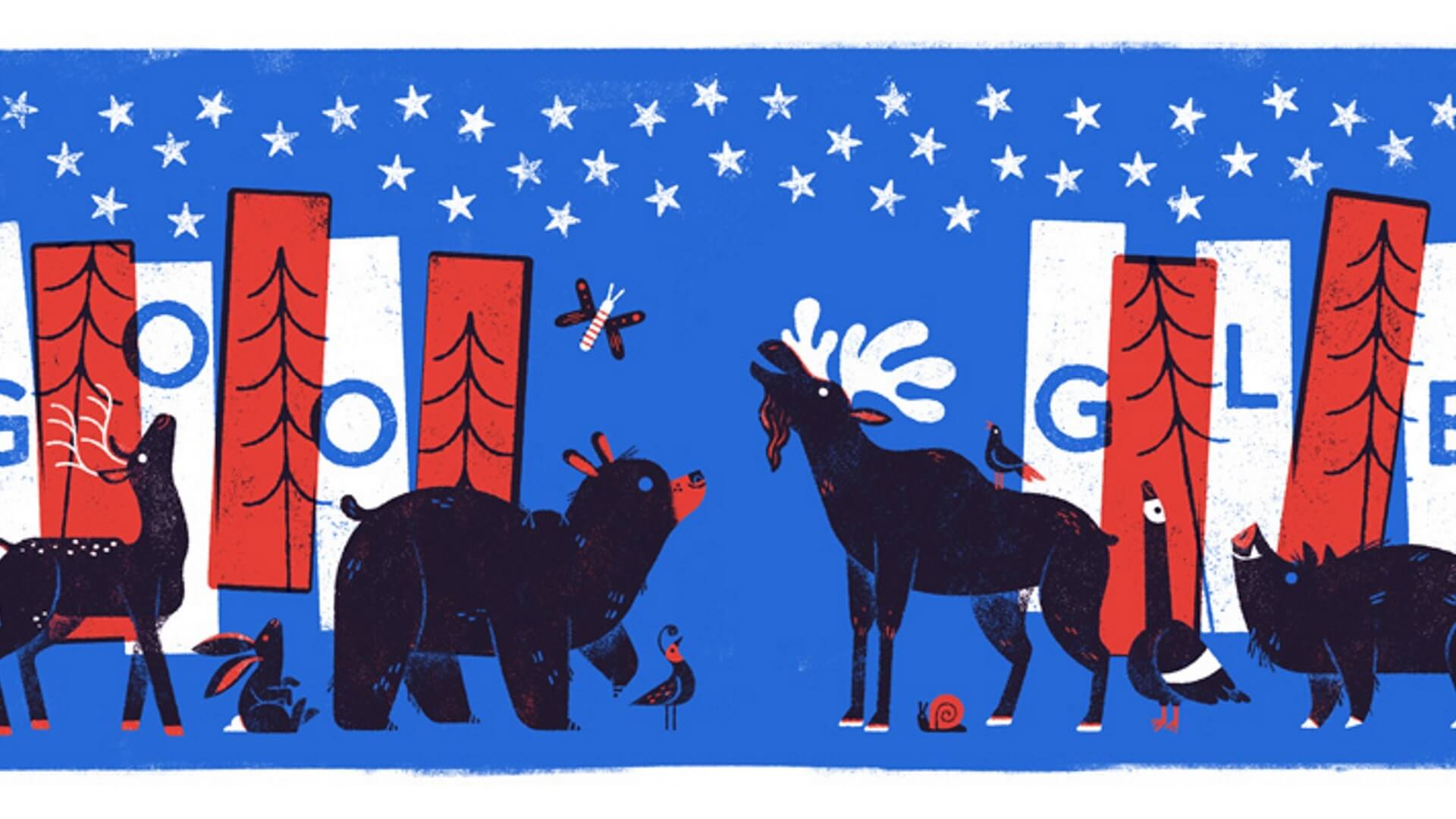 The red, white and blue logo leads to a search for “Fourth of July,” and includes images of deer, bears, moose and other animals you may find in one of America’s 58 national parks.

According to Google, Mather’s birthday was also on July 4th. He was named director of the the National Parks Service — often cited as “Amercia’s best idea” — in 1916 by President Woodrow Wilson who created the NPS the same year.

It was 241 years ago today the Continental Congress voted to adopt America’s Declaration of Independence and proclaim freedom from Great Britain. For all those celebrating, Search Engine Land wishes you a happy Fourth of July!