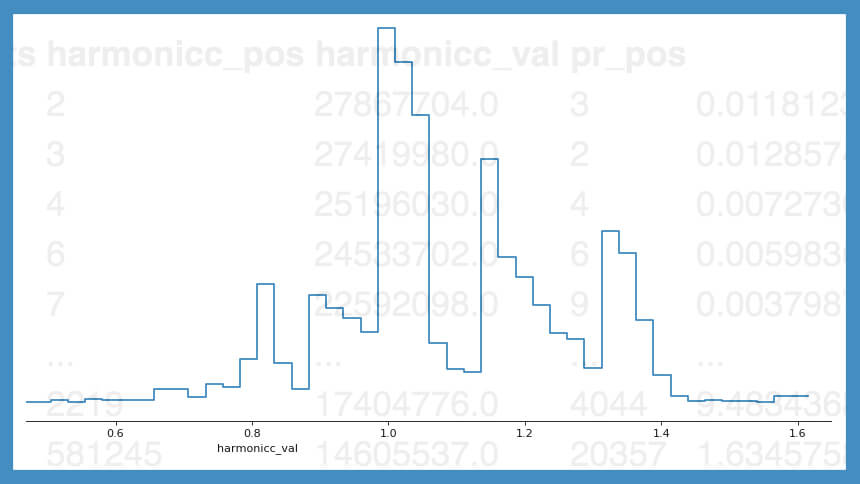 
The web is not only essential for people working in digital marketing, but for everyone. We professionals in this field need to understand the big picture of how the web functions for our daily work. We also know that optimizing our customers’ sites is not just about their sites, but also improving their presence on the web, which it is connected to other sites by links.

To get an overall view of information about the web we need data, lots of data. And we need it on a regular basis. There are some organizations that provide open data for this purpose like Httparchive. It collects and permanently stores the web’s digitized content and offers them as public dataset. A second example is Common Crawl, an organization that crawls the web every month. Their web archive has been collecting petabytes of data since 2011. In their own words, “Common Crawl is a 501(c)(3) non-profit organization dedicated to providing a copy of the internet to internet researchers, companies and individuals at no cost for the purpose of research and analysis.”

In this article, a quick data analysis of Common Crawl’s recent public data and metrics will be presented to offer a glimpse into what’s happening on the web today.

This data analysis was performed on almost two billion edges of nearly 90 million hosts. For the purposes of this article, the term “edge” will be used as a reference to a link. An edge from one host (domain) to another is counted only once if there is at least one link from one host to the other host. Also to note that the PageRank of hosts is dependent on the number of links received from other hosts but not on the number given to others.

The public Common Crawl data include crawls from May, June and July 2019.

These two datasets are used for the additional data analysis concerning the top 50 U.S. sites.

[All Common Crawl data used in this article is from May, June and July 2019.]

*link : Counted as a link if there is at least one link from one host to other

The graph below presents the plot of the count of pr_val values. It shows us that the distribution of PageRank on almost 90 million hosts is highly right skewed meaning the majority of the hosts have very low PageRank.

Distribution of the number of hosts

The following graph presents the plot of the count of n_hosts (subdomains) values. It shows us that the distribution of number of hosts (subdomains) of almost 90 million hosts is highly right-skewed meaning the majority of the hosts have a low number of subdomains.

Distribution of the number of incoming hosts

The graph below presents the plot of the count of n_in_hosts (number of incoming hosts) values. It shows us that this distribution is right-skewed, too.

Distribution of number of outgoing hosts

The following graph shows the plot of the count of n_out_hosts (number of outgoing hosts) values. Again, this distribution is also right-skewed.

Scatter plot of number of incoming hosts vs. PageRank

The graph below presents the scatter plot of the n_in_hosts values in x-axis and the pr_val values of hosts in y-axis. It shows us that there is a correlation between the number of incoming hosts to a host and its PageRank. In other words, the more hosts link to a host, the greater its PageRank value is.

Scatter plot of number of outgoing hosts vs. PageRank

Top 50 U.S. sites data are selected from the final Common Crawl dataset obtained in the beginning. Their hosts are reversed in order to match with the column “host_rev” in the Common Crawl final data set. For example, “youtube.com” becomes “com.youtube.” Below is a preview from this selection. There are 49 sites instead of 50 because “finance.yahoo.com”  doesn’t exist in Common Crawl dataset but “com.yahoo” does.

The Majestic Million public dataset is also imported. The preview of this file is below

These two data sets; top U.S. 50 sites including Common Crawl data and metrics and the data set of Majestic Million are merged. The refips, refsubnets are summed up by reversed hosts.

The preview of this final dataset is below

From this dataset, which have the top 50 U.S. sites Common Crawl data and Majestic Million data, a pairwise scatterplot of metrics – pr_val, n_in_hosts, n_out_hosts, harmonicc_val, refips_sum, refsubnets_sum – are created can be seen below.

This pairwise scatter plot shows us that PageRank of the U.S. 50 top sites is somewhat correlated with all the metrics used in this graph except number of outgoing hosts, represented with legend n_out_hosts.

Below the correlation heatmap of these metrics is also available

Of the almost 90 million hosts ranks and their two billion edges (edges are links only counted once even if there are many from a single host), there is a strong correlation between PageRank and the number of incoming edges to each host. However, we can’t say the same for the number of outgoing edges from hosts.

In this data analysis, we find a correlation between the number of subdomains and the number of outgoing edges from one host to other hosts. The distribution of PageRank on this web graph is highly right-skewed meaning the majority of the hosts have very low PageRank.

Ultimately, the main data analysis tells us that the majority of domains on the web have low PageRank, a low number of incoming and outgoing edges and a low number of host subdomains. We know this because all of these features have the same highly right-skewed type of data distribution.

PageRank is still a popular and well-known centrality measure. One of the reasons for its success is its performance with similar types of data distribution comparable to the distribution of edges on domains.

Common Crawl is an invaluable and neglected public data source for SEO. The tremendous data are technically not easy to access even though they are public. However, it provides a once per three months “domain ranks” file that can be relatively easy to analyze compared to raw monthly crawl data. Due to a lack of resources, we can not crawl the web and calculate the centrality measures ourselves, but we can take advantage of this extremely useful resource to analyze our customers’ websites and their competitors rankings with their connections on the web.