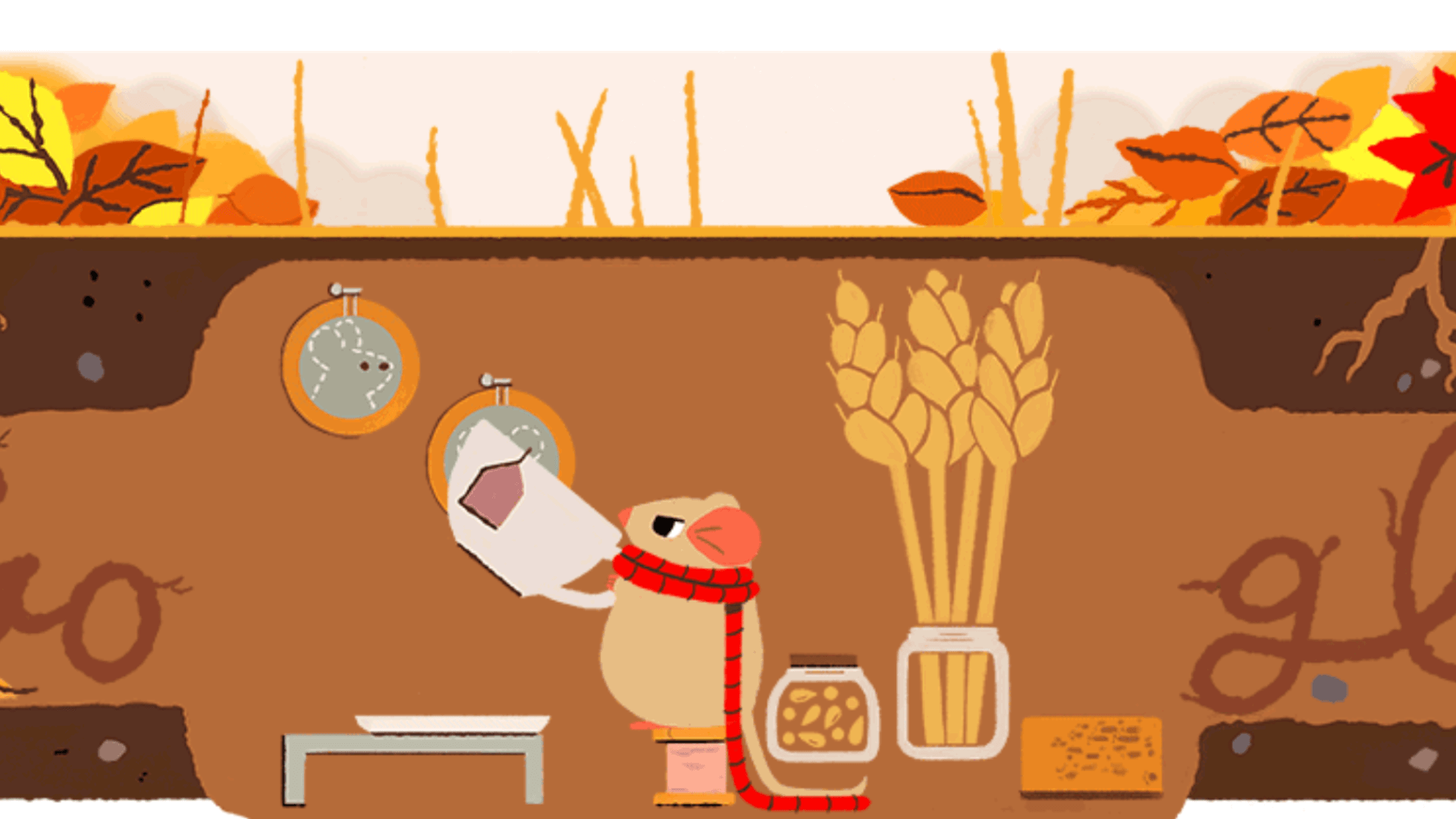 
Google is sticking to its 2017 equinox and solstice doodle theme for today’s autumn equinox by bringing back the animated mouse for a cup of hot tea.

This is the third appearance of the mouse and his underground home on Google’s home page. It first appeared March 20 to note the spring equinox, and then again on June 21 for the summer solstice.

Today’s animated doodle leads to a search for “autumn equinox 2017” and is being displayed on Google’s home page for most countries in the Northern Hemisphere.

Here are all three doodles that make up Google’s changing-of-the-season series:

After today, we’ll most likely get to revisit with Google’s mouse again on December 21, when he hunkers down for good during this year’s winter solstice.