SEO – Are other teams unwittingly killing your SEO (and revenue)? 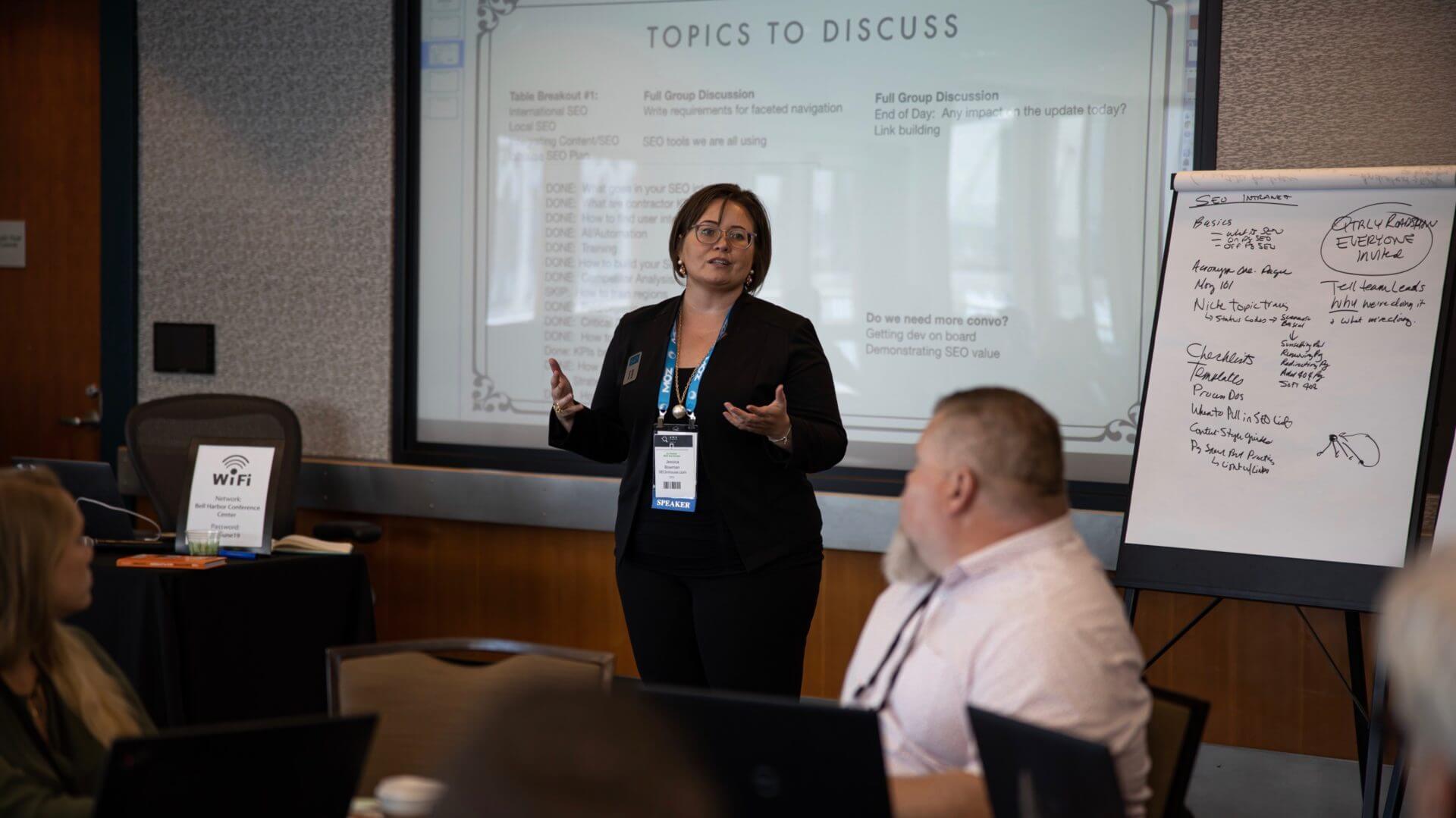 
When executives make SEO a priority for their brands, they make room in the budget, start talking to agencies or even begin hiring in-house staff, but all too often the outcomes fall short of expectations. That’s because SEO is misunderstood — by the entire organization — as a task that just one team is responsible for.

“When SEO begins, management will give the great rah-rah speech and then they walk away and pass it off to the SEO team — and the SEO team gets started, but then they get pushback,” Jessica Bowman, owner of SEO In-house, an enterprise SEO training firm, told Search Engine Land. This means that during SEO training, the right people may not be in the room. When brainstorming sessions happen, SEO may not get invited. And, when site changes get tested, SEO is just an afterthought (or collateral damage).

Large organizations have a lot of moving parts, and syncing them up with your SEO strategy may not play out as well as decision-makers originally envisioned. However, by framing SEO as a company-wide endeavor, brands can get more of their teams involved in improving search performance and preventing missed opportunities. Bowman will be addressing these issues as well as sharing a framework for SEO success at MarTech East in Boston on September 17. She’ll also be running a workshop on SEO management operations ahead of the conference on September 16.

As an advisor to companies including Yahoo, Microsoft, Salesforce and eBay, Bowman shared a few ways leaders can get their entire organization to back their SEO efforts.

How can management increase awareness and understanding for SEO, and decrease the inertia within our own organizations?

I think a lot of it is also showing how their decisions help or hurt SEO. Everyone is doing SEO, whether they realize it or not — everyone who touches the website. They think they’re doing you a favor, but they control all the levers. So, the SEO team may be responsible for the SEO profit and loss, revenue numbers, traffic numbers, that sort of thing, but they actually don’t control any of it — all the other teams do, because they control the content, they control the code. They just don’t realize it. And so, every day they’re making decisions, imes million-dollar decisions, without any perspective or lens for SEO.

For example, I have a client; in one of their international regions, they moved the CSS files into a different directory. From a human perspective, testing in the browser, no problem — they did it without an SEO lens. This happened, by the way, during peak season and no one realized there was a problem because when they viewed the website, it worked just fine. But, because they didn’t have any SEO knowledge, they didn’t even think about where it could go wrong. And, what happened was, that particular folder that they moved the files into was excluded via robots.txt, so search engines were not able to access those files.

What other departments or teams should SEO work closely with to ensure that opportunities aren’t missed and mistakes aren’t made?

Product management is number one. Product managers at most companies are very powerful and influential — they determine what’s in scope and out of scope. I have had great product managers that, once they learn about SEO, they want to do it. And then I’ve had others that will say, “You need to tell me what the ROI is for that, because I’m looking at something that will give me a $2.5 million lift or your SEO best practice, and you’re not quantifying it in any way. How do I justify your change versus this $2.5 million change? And, I only have X hours.”

How might managers convey the value of SEO to members of other teams?

So, the problem I see is most SEO managers are not quantifying the value of SEO changes in the way the business is quantifying other changes. So, they’re kind of like bells and whistles: nice to have, but how can you justify? If I only have 20 hours of developer time, how can I justify giving that to SEO, when I know I’m going to get, let’s say, $2.5 million from this change? Or, you know, $150,000 for that change?

How can executives turn SEO priorities into priorities for every member of their organizations?

Executives need to manage managers. And that’s what I don’t see happening. What I see is the SEO team, and maybe the SEO team manager trying to manage the people in other departments to get them to do the things needed for SEO. But, even at that level, it’s peers trying to manage peers, sometimes in a different branch within the organization. And, it requires someone pretty high up to kind of say, “This is what’s going to happen, and I’m going to hold you accountable.”

Every team needs to be trained up, every role needs to be certified. Every project has to have SEO accounted for. When we do testing, we’re doing SEO regression testing. There’s certain things that executives need to start helping lead the charge with, and none of them really are because they don’t know that they need to. And partially, that’s because SEO teams don’t know to ask. And frankly, even if they did, I think executives would delegate the work down. But, the problem is that they’re delegating it to someone who is less influential with these other teams.

Showcasing how one small, tiny mistake that seemingly has no impact to users can actually create a huge revenue drop — that’s what they need to see.

Is there anything that SEO team members can do to be preemptive about earning trust with other departments before asking them to get on board with SEO?

I think also show the numbers. Where are you at now? What is the opportunity on the table? And also, show where other teams have made decisions that went great for SEO; because they were doing SEO, they just didn’t know it. And then, where are places in which they weren’t so great at SEO — where they actually created problems. Sometimes, I’ll go into companies and we’re able to identify issues that had a snowball effect. They made one decision wrong and then after that, they made the second decision wrong and the third decision and the fourth decision; collectively, the problem is exponentially larger than having only done one or two of these problems.

Can you describe the best integration of SEO into a company’s culture that you’ve seen?

There are only a few that I would describe as good and those are the ones that know when to pull in the SEO team. I call it synergy and you may have synergy with some teams and not others — the key is to get it with every team.

Synergy is when you’re working well together — they know when to pull you [the SEO team] in. You talk about ideas before projects begin. Development will talk about their proposed coding solution before they start coding. User experience designers will check in with the SEO team before designs are passed around and that designs are not only usability-approved, but they’re also SEO-approved.

Organizational leaders looking to make SEO a part of the fabric of their companies can learn more ways to do so during Bowman’s session at MarTech East on September 17 or by attending her in-depth workshop, Optimizing SEO Operations for Market Leaders, on September 16. Check out the full MarTech East agenda and register today.

George Nguyen is an Associate Editor at Third Door Media. His background is in content marketing, journalism, and storytelling.
killingrevenueSEOteamsunwittingly