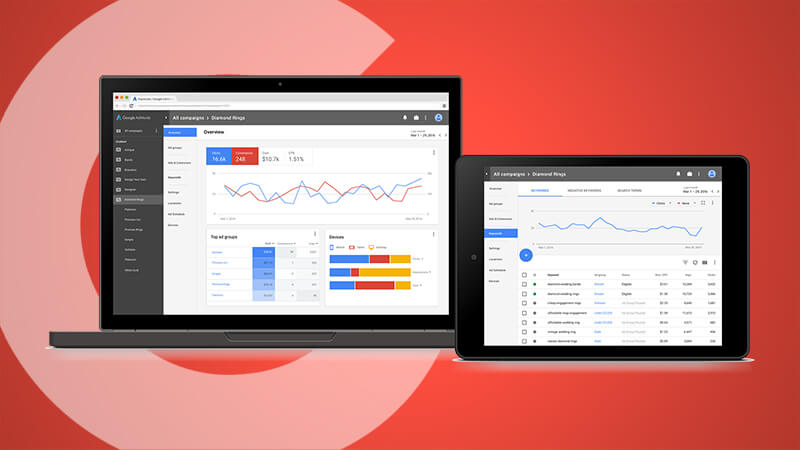 
Even though the New AdWords Experience (AKA the new user interface) doesn’t quite have feature parity with the current AdWords yet, it actually offers some exclusive features. They can be hard to identify without some hunting, so we’ve gathered them here in one place.

The new interface has been steadily rolling out to more advertisers over the past year, and Google says it will be available to everyone by year-end. Those with access can still navigate back and forth between the two interfaces. It can take some time to get used to the new look and layout, but the new features should give advertisers an added incentive to get comfortable working in the new interface. We also wrote about the handy new visualizations in the interface that can save analysis time.

Here’s a rundown of what’s currently only available in the new UI and some other exclusive new features that will be coming in the months ahead.

Unless you have beta access in the old interface, the only way to access the new promotion extension is via the new UI. Promotion extensions allow you to show and link to a specific offer in text ads. The tag icon in this extension helps it stand out on the page. Here’s what the setup looks like in the new interface:

Household income reporting and targeting is available for search campaigns from the Demographics tab in the new interface. In the old interface, household income targets can only be applied via location targeting.

A chart at the top of the page makes it easy to quickly see how your campaigns perform along household income segments. Bid adjustments can be set at the campaign or ad group level.

A new Audiences page offering a single place to manage audience targeting and optimizations was shown at Google Marketing Next during the productivity portion of the live stream.

There are several new features in the works that will be rolling out to the new interface over the next few months.

Advertisers will be able to get insights on their various landing pages in one place. The new landing page screen will be similar to the ads and keywords pages. The aim is to help advertisers optimize for better user experiences and improve ad performance, particularly on mobile. This could start showing up in the new interface later this year.

In-market audiences are coming to Search campaigns. Google will also be launching custom in-market audiences that can be tailored based on the advertiser’s website, campaign performance and business goals. Look for this later this year.

This was the big new product announcement from Google Marketing Next. The new free attribution product will be integrated into the new interface. The exact timing on this is still TBD, but I’m guessing we’ll see it before year-end.

Retailers that capture loyalty program emails at the point of sale can import store transactions into AdWords directly or through a third party. Exact timing is still fuzzy, but it will launch in the new UI at some point this year.

And that’s what we know so far. Going forward, we can expect Google to keep rolling out new features in the New AdWords Experience instead of the current interface.