SEO – 3 logical myths about rankings that can destroy a business 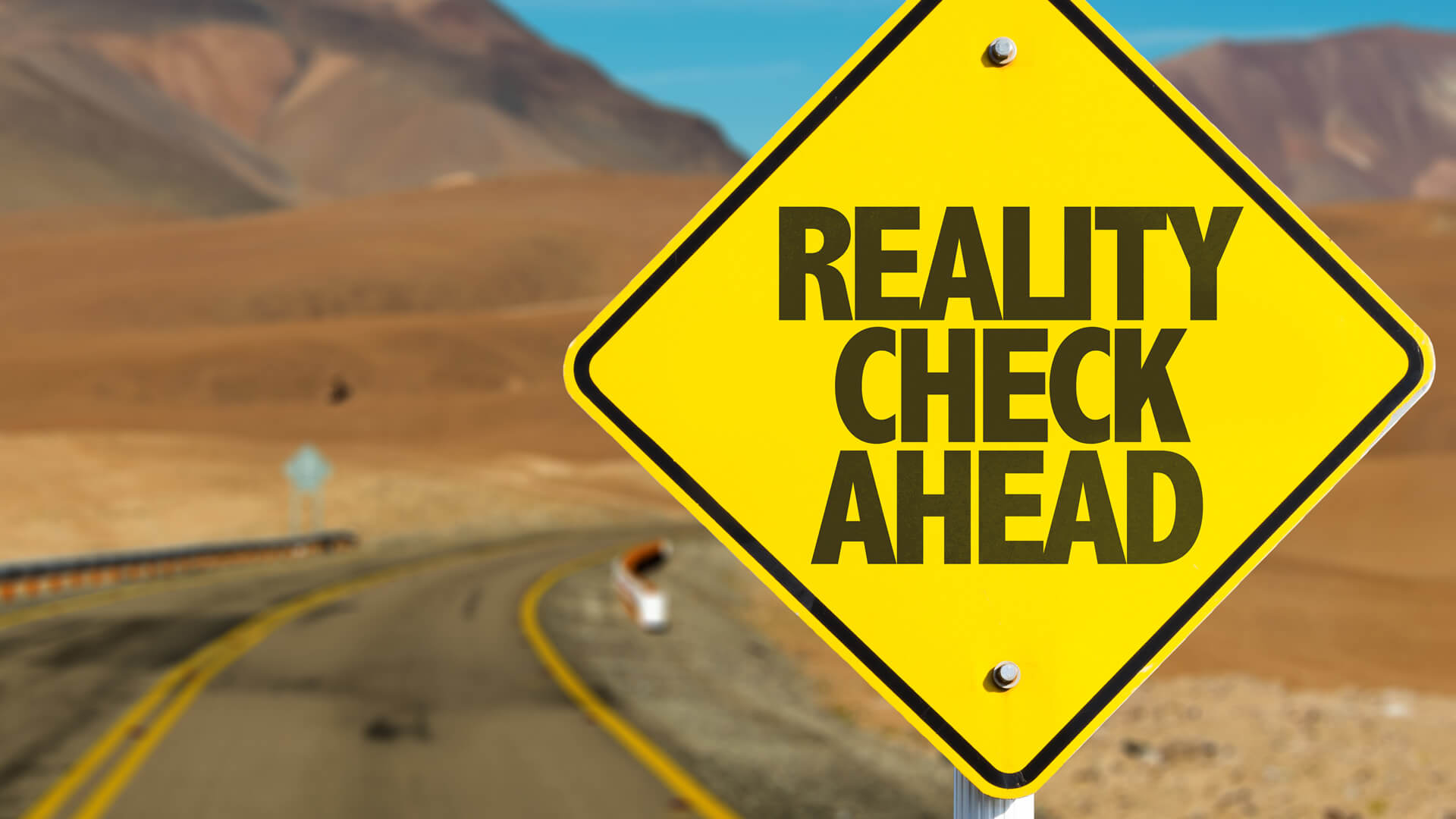 
I was scratching my head trying to decide what to write about this month. Lately, I’ve been writing pieces that focused pretty heavily on technical SEO — from my technical argument for quality content a few months ago to last month’s two-part series discussing two recently granted Google patents on how they learn to influence user behavior and guided buying systems with a focus on paid search results.

While I’m obviously a big fan of the tech side of SEO, I thought perhaps it was time to write something a bit more approachable. My head-scratching ended when I got an email from a potential client in the high tech sector, and within it was a simple and fairly logical assumption that can (and likely would) have dire consequences if not corrected. This led me to today’s article topic: three logical myths about rankings that can destroy a business.

I’m going to begin this piece with the myth that inspired it.

This premise has crossed my Inbox more times than I care to recollect. Here’s the core myth:

If we double our organic traffic over the next year, we will double our sales.

Now, this can be true — in fact, in some cases, doubling your organic traffic can more than double your sales. But one can’t approach SEO with this idea as a core.

Let’s take the prospective client, for example. They have site structure issues and a large documentation area and blog. The logic is that if you fix the site structure and internal link issues, you’ll start driving more traffic to the documentation and the blog, which is filled with great content. The problem, of course, is that this traffic is likely to be lower-converting traffic, so hitting the organic traffic targets can be done without hitting what really matters: conversions.

Let’s create a simple formula based on the case above. We have a site with product and service pages, a blog and technical documentation. Let’s assume that organic traffic landing in these sections does the following:

So, our formula for traffic entering the site at various points, assuming a $100 conversion value, would be:

Let’s assume we have $600 in revenue today; that could be attained via 600 visitors entering at the blog:

Or 100 visitors on the product pages:

Or 300 visitors to the technical documentation:

It could also be attained with 50 visitors to the product pages, combined with 146 to the blog and 77 to the documentation. You get the idea.

So, if we want to double our revenue, we can’t simply double the traffic. Let’s look at the last example. We have:

This gives us a total of 273 visitors. If we double our traffic, but the additional 273 visitors are all entering at the blog, we end up with:

Enter that into the formula and you get:

Which works down to :

Which gives us a total revenue of $893. So, we doubled traffic but only added about 35 percent to the bottom line — not anywhere near our goals.

The lesson? Not all organic traffic is created equal, but there’s a simple way to figure out what the strategies you are deploying are likely to yield so you can adjust and focus according to your business goals, not arbitrary traffic goals.

I can’t even count the number of times that I’ve been contacted by both clients and prospects with the statement, “Company XYZ is above me. We’re better than them, and we need to outrank them.”

Company XYZ is above me for the phrase I looked up. We’re better than them, and we need to divert all energies away from pursuing ROI goals and focus on one single vanity phrase.

What we need to remember is that none of this is actually about ranking for a specific phrase. In fact, the goal of our efforts is not rankings at all, but rather revenue. I don’t know about you, but if there were higher revenue from ranking in position 21 than position 1, I’d be working hard to get all our clients to the top of page three.

To aid in this, it can be helpful to not just look at keyword volumes using a tool like Moz’s Keyword Explorer (which puts the numbers in more realistic terms for organic search than Google’s Keyword Planner), but to use a tool like SpyFu to get a real picture for how a site is doing overall.

Let’s look, for example, at a phrase I was researching just yesterday, “best cpu 2017.” (Spoiler alert: I’m upgrading my machine.) Now, I immediately went to the #2 organic search result because it’s Tom’s Hardware, and I like the info (admittedly bypassing the featured snippet, which is also Tom’s, because I knew I wanted to read about the different options and applications).

Let’s say, however, that one of their team gets a bee in their bonnet about not ranking #1 in organic for the phrase and getting beaten by Futuremark.com. What if they divert energies from creating new, rankable content, or working on phrases they don’t rank for at all, to pushing up for this one phrase because it’s the only one they’ve looked up and fixated on?

This is where a tool like SpyFu comes in handy. Looking at FutureMark, we can get a decent feel for their rankings and traffic with: 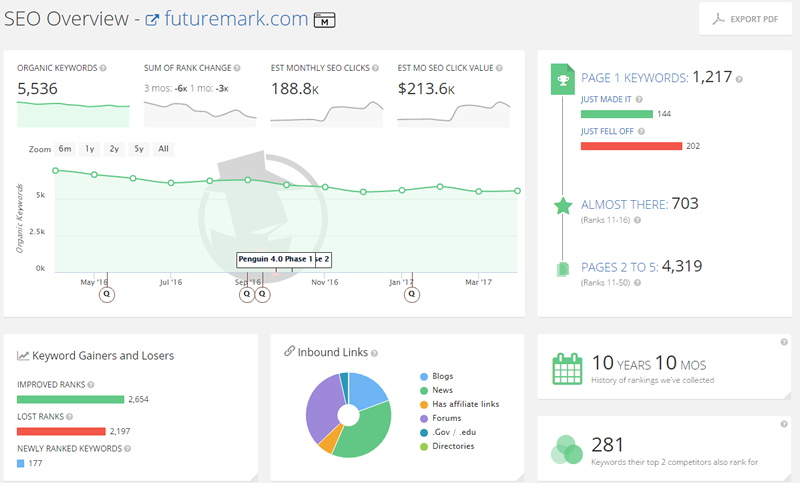 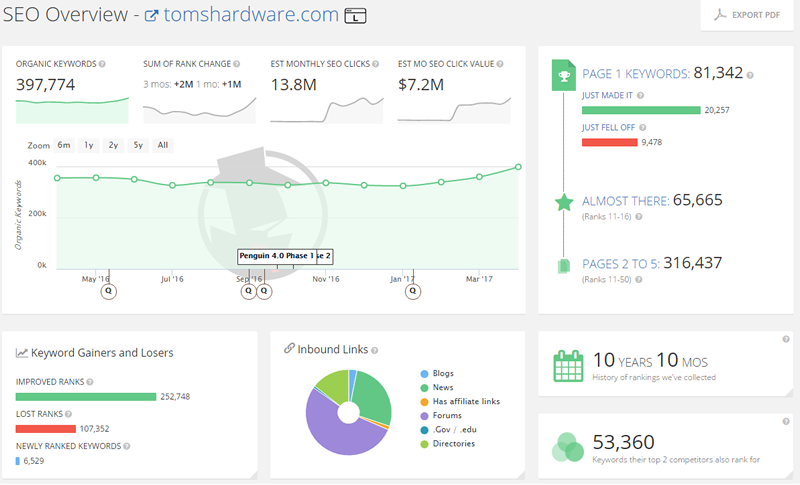 If I were Tom, I’d be looking more at ranking for new phrases and perhaps researching the types of phrases that are losing ground than I ever would about focusing energies at a single position jump against a competitor ranking for a fraction of the terms. And this is just an example of the scenario I’m referring to. In other situations, people may focus out of the gate on a single vanity term as opposed to a more diversified (read: natural) spread of terms. If nothing else it can be helpful to remember the following:

All else being equal, it is better to have 100 phrases each driving 10 visitors than one phrase driving 1,000. As algorithms ebb and flow, you will be impacted less by the whims of Google. Don’t fixate on your rank compared to your competitors for one phrase — make sure you’re making the right keyword decisions to maximize your ROI and resources.

Bringing people into reality is often a sad but necessary task. A lot of potential clients include with their initial emails the incredible search volumes for the phrases they’re thinking about.

Let’s flash back a few paragraphs to the part where I mentioned using Moz’s Keyword Explorer as opposed to Google’s Keyword Planner. Why is the former more realistic? It’s because Keyword Planner is built for AdWords traffic and generally produces numbers far above the number of unique searchers that would reach a result via organic. The Moz tool takes this into account and algorithmically (though not perfectly) adjusts for that to give numbers closer to organic reality.

Now let’s make the scenario even worse (read: realistic). You might rank #1 at some point for your phrase, but it’s going to be a process. Let’s be optimistic, however, and assume that a year from now you’re ranking #3 and hold that ranking for the following 365 days. Instead of dreaming that every single person who runs that search (all 50,000/mth) are going to get to your site, let’s assume some click-through rate averages. Here’s what a WordStream study found for traffic by organic position: 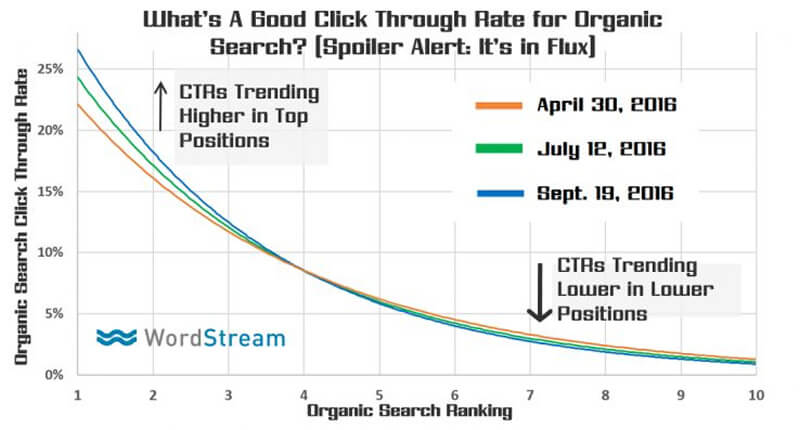 So we can see here that, in the number three position in organic search, we were sitting at about 12.5 percent CTR. That’s 6,250 visitors to your site. This is very, very different from the 74,000 expected when the email was sent.

Not understanding what’s realistic in regard to the traffic to be gained from a specific phrase when it’s ranking can lead to critical bad decisions. If you feel you are going to get 74,000 visitors per month for a phrase you’d actually get 6,250 for, your ROI calculations will be off — and you’d likely focus far more energy and resources into it than it warrants. Understanding the true value of a term or group of terms is paramount to understanding how much attention to put into keyword groups and whether they’re truly worth targeting at all.

A lot of mistakes get made before campaigns even begin, and most of them start with a lack of understanding of how keywords and rankings function. No matter how successful the SEO campaign is in regard to the rankings attained, if the principles and data that the efforts were based on are incorrect or misunderstood, then the results can be as catastrophic as if the campaign had simply failed.

Following one guiding principle is all it takes to really avoid the biggest issues: understand what you want, and understand a path to that. Wanting more traffic in itself is not a goal; wanting more conversions and revenue is. Focus on that, and when you’re communicating about strategy, make sure that the discussion is on these business goals and not an abstract idea that, if misinterpreted, could yield actions and efforts that don’t actually support the business but do technically meet the directives given.

Dave Davies founded Beanstalk Internet Marketing, Inc. in 2004 after working in the industry for 3 years and is its active CEO. He is a well-published author and has spoken on the subject of organic SEO at a number of conferences, including a favorite, SMX Advanced. Dave writes regularly on Beanstalk’s blog and is a monthly contributor here on Search Engine Land.