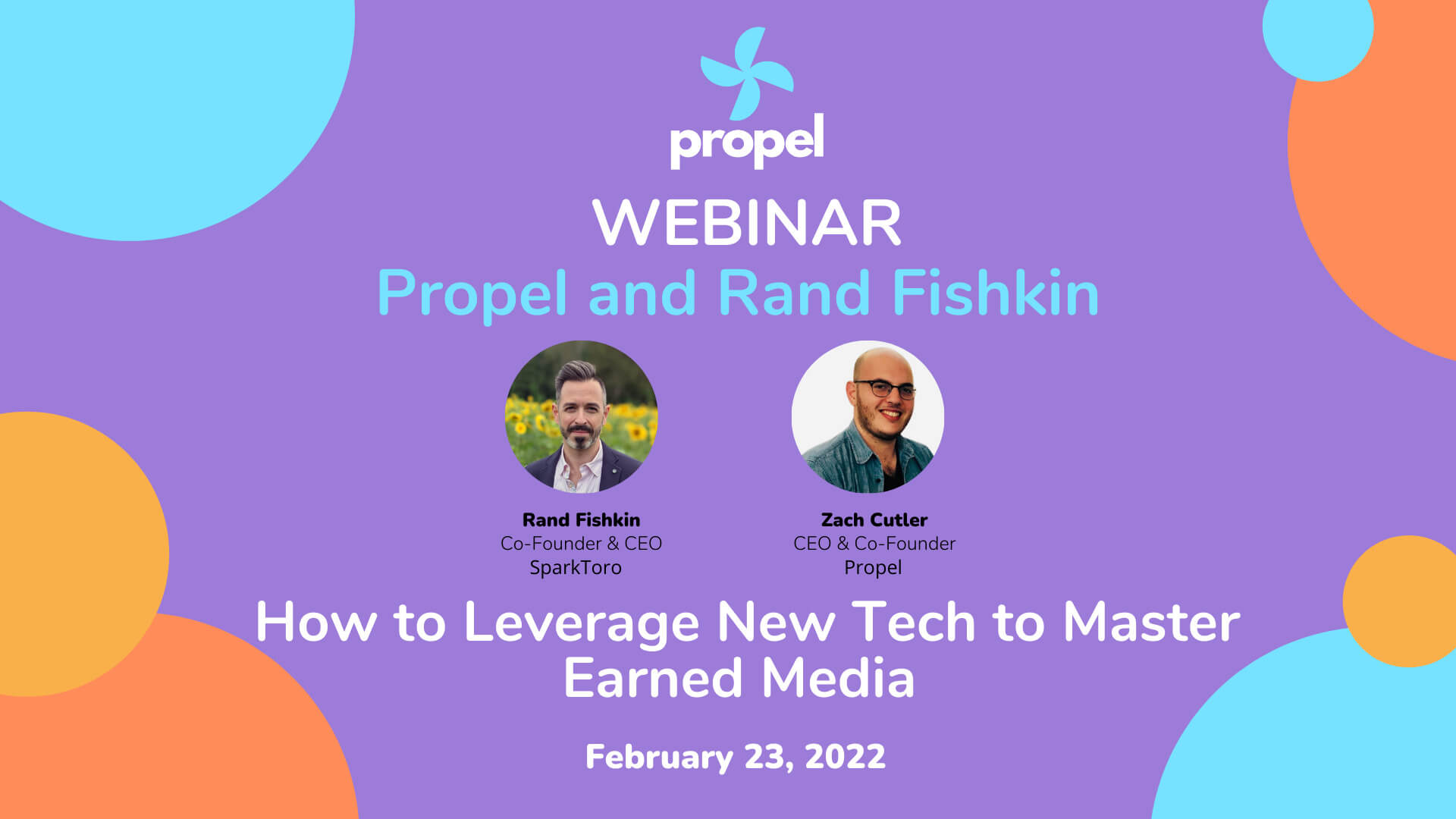 Earned media is currently the fastest growing marketing channel and when done correctly, the most valuable way to communicate with your audience.

With an ever-growing need for brand credibility, combined with the death of the cookie, skyrocketing ad costs, and Google’s changes that make brand mentions more important than backlinks for SEO – every brand needs to prioritize earned media.

Why is it so crucial to master your earned media strategy?

This study proves that earned media ROI is on a severe decline when it has the strongest potential of positively impacting business goals.

In this session, Rand Fishkin and Zach Cutler will analyze this disconnect and teach you how to formulate the most effective earned media strategy possible.

Register today to learn everything you need to know to master the most important marketing channel, earned media, with emerging tech tools.

Propel is reimagining PR with the first Public Relations Management (PRM) software. Propel PRM consists of a global media database with over a million influencers and journalists, Gmail and Outlook integrations, journalist engagement scores, a CRM built specifically for PR, business outcomes attribution, and interactive dashboard reports – all in one. We make it all intelligent with AI.

We were founded by PR people, for PR people. We are easy-to-use, flexible and have amazing customer service.

Finally, PR software that you will fall in love with.