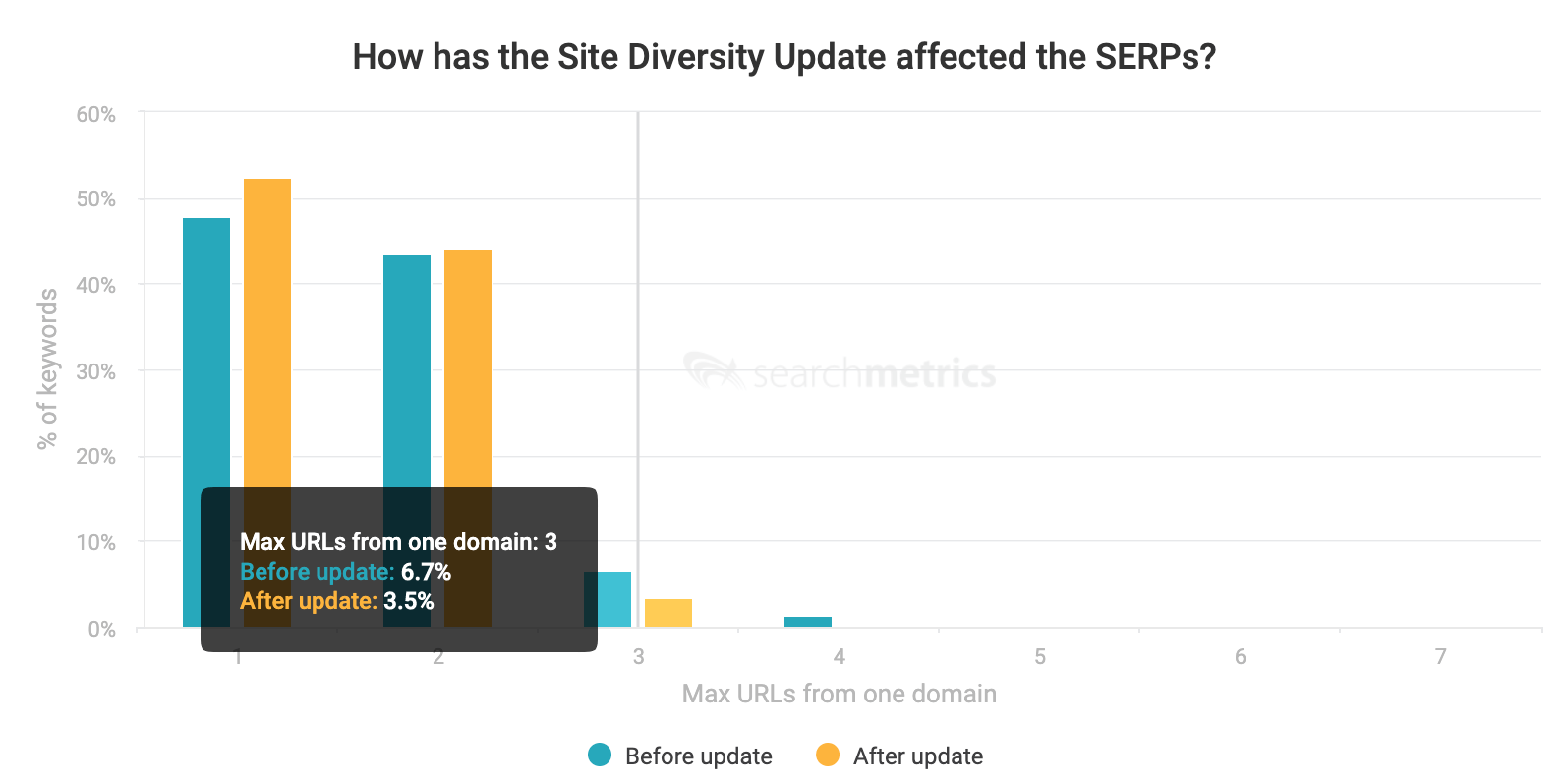 Searchmetrics published a study on the recent Google diversity update that showed that the update did indeed have an impact on the overall diversity of Google’s search results. This study comes after Moz did a study saying the impact was at best minor.

Main findings. The main findings from the study showed that you are half as likely to see 3 listings from the same domain in the Google search results since the update rolled out. Google went from showing 3 results from the same domain 6.7% of the time to 3.5% of the time, according to Searchmetrics data. “Keywords returning more than three URLs from one domain in the top 10 are effectively zero, down from 1.8%,” Searchmetrics wrote.

But the frequency with which the same domain is shown twice in the search results rose a bit, from 43.6% before the update to 44.2% after. Although this was a small increase and Google specifically said this change only impacted a site from showing more than twice for a given query.

Visual. The chart below shows the change from before and after the diversity update:

Types of queries. Searchmetrics explained that the types of queries mattered. If the query was navigation versus informational and transactional, for example, it made a difference to the diversity of the search results. Google originally said some queries will show more than two results from the same domain – you would think navigational queries would fall within that bucket.

“Transactional searches amongst keywords that have been impacted by the Diversity Update,” Searchmetrics said.

Overall. The study showed how smaller web sites now have more chance to rank for keywords that used to be dominated by sites like Amazon, Searchmetrics said. Overall transactional searches and queries were are most affected by the Google diversity update, allowing more sites to compete in Google search.

Why we care. Again, a more diverse set of search results can help you compete in spaces that are hard to compete in. A more diverse set of search results gives more domains an opportunity to rank for a given keyword. Of course, this may make it more difficult for reputation management companies do their job but at the same time it gives them more opportunities to succeed.