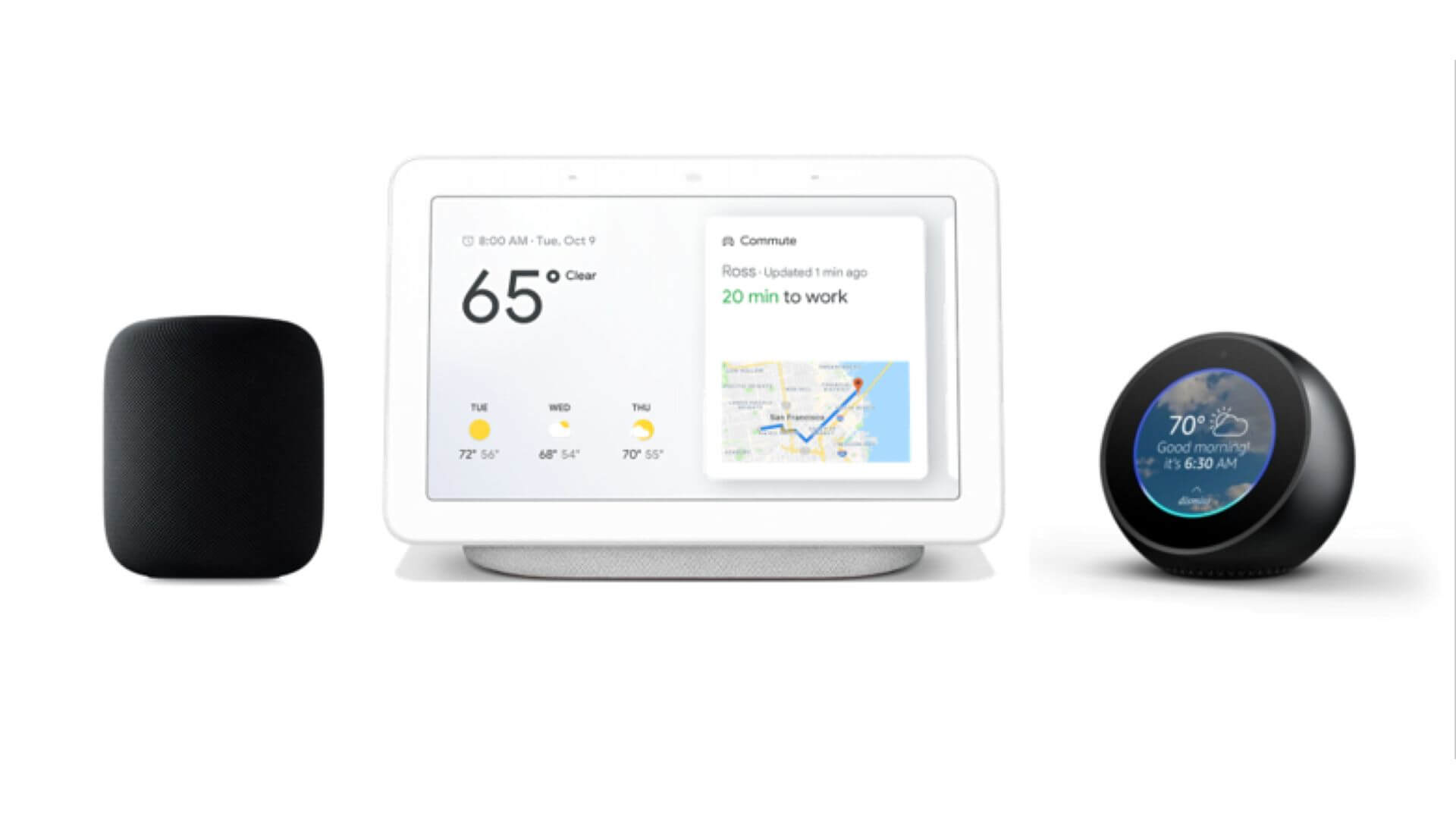 
Two recent reports agree that there are about 65 million smart speaker owners in the United States, with more than 130 million actual devices in use. The two reports come from Voicebot.ai and Edison Research and both extrapolate from survey data.

Voicebot says that the average number of smart speakers per user grew from 1.8 in 2018 to 2 in 2019. Edison found roughly the same thing.

Room for growth. Edison says that smart speaker ownership has reached only 23 percent of the U.S. population over the age of 12. However awareness is much higher: 223 million according to the estimate. And while adoption is reportedly slowing, the gap between awareness and ownership suggests there’s quite a bit of room for growth in the market. 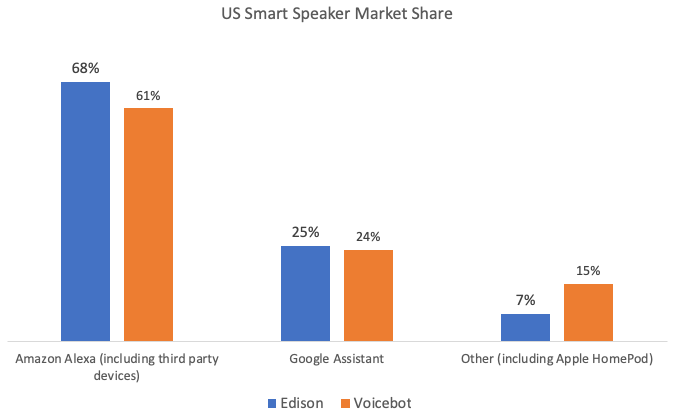 Voicebot found that as more people have acquired smart speakers, usage frequency has declined. This is attributed to “more casual users” buying less expensive devices. The report says that in early 2018 about 64 percent of owners said they used the device at least daily. A year later the percentage of daily users had fallen to less than half (47 percent).

Living room most popular. The most popular locations are living room, bedroom and kitchen in that order, according to Voicebot (numbers exceed 100 percent because of multiple devices in the home):

Dominant smart speaker uses are still not very commerce or marketing oriented. The Voicebot survey data show that entertainment, smart home, weather and general knowledge are the most common uses. However, more than half say they use an Alexa skill or Google Home action at least monthly. I’m skeptical that this is reflective of the owner population at large. 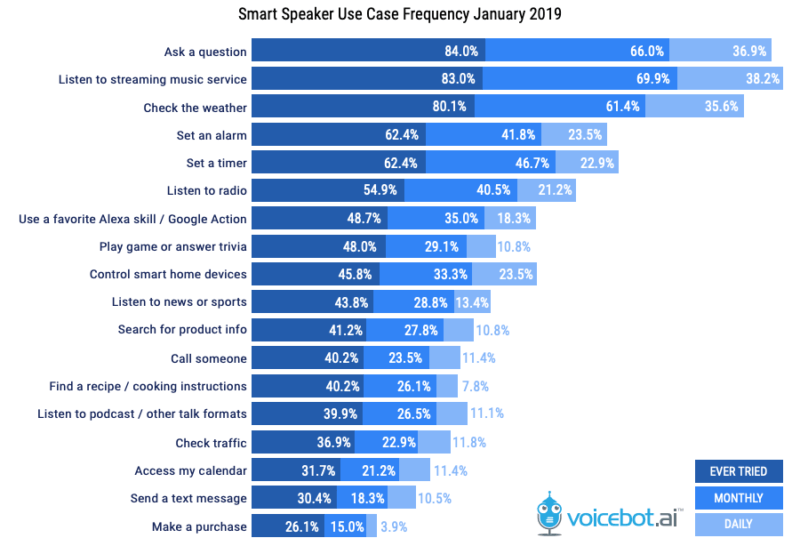 Why you should care. The most interesting findings coming out of the two surveys are those about smart display adoption and the gap between awareness and ownership. There’s a lot more room for the market to grow and further adoption of smart displays could alter user interactions with these devices significantly.

In terms of existing use cases, the finding that “ask a question” is one of the most common use cases means that if these devices get better at providing answers, consumers could start doing more product, service or travel-oriented research. At the other end is “make a purchase,” showing that smart speakers are not well optimized for commerce at this point (despite 15 percent saying they buy monthly). Smart displays could dramatically change that in the coming 24 – 36 months.