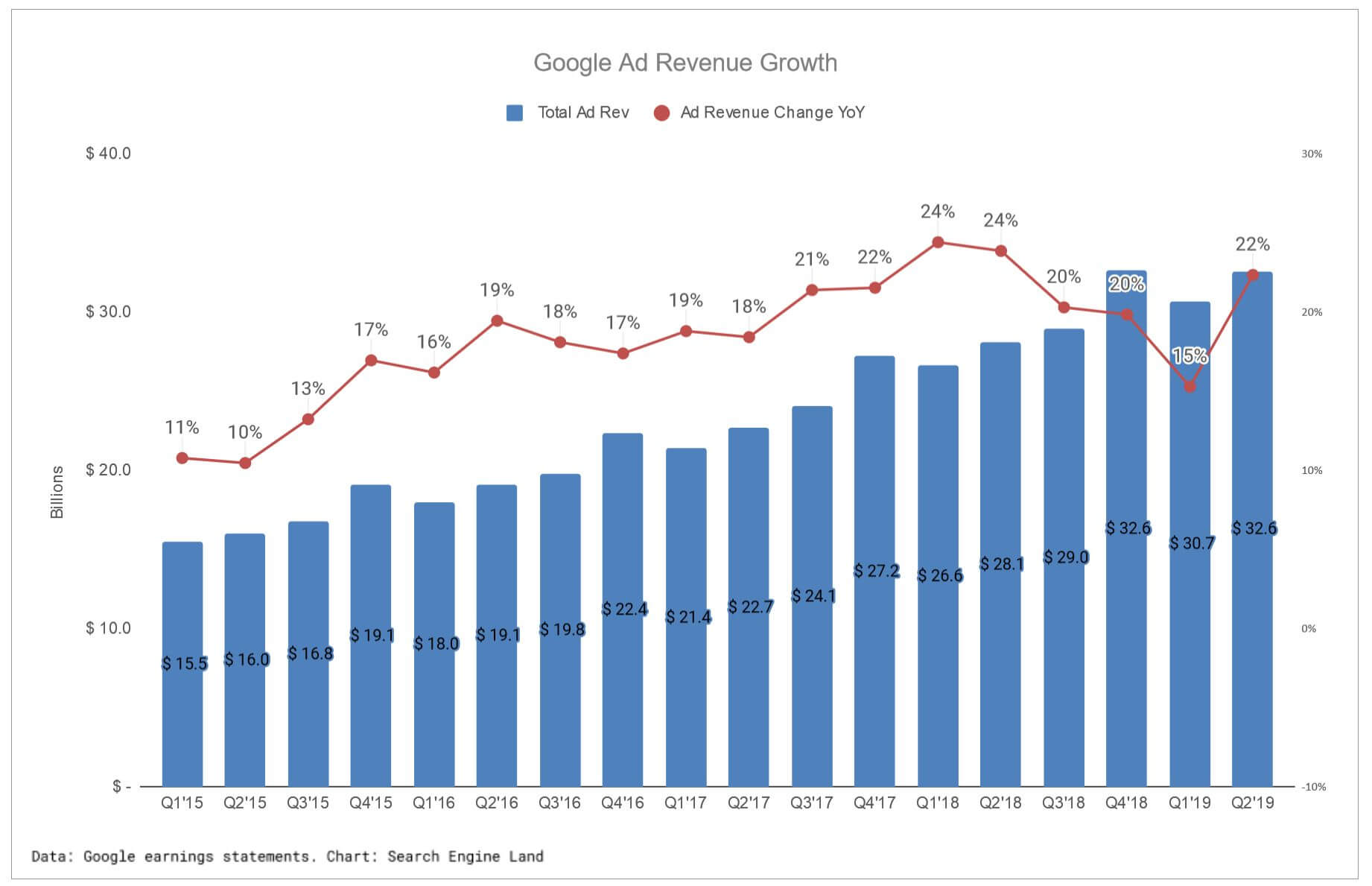 Google Network ad revenue was $5.3 billion, an increase of 13% from the previous year.

What do these numbers tell us? After huge year-over-year increases in click volume through most of 2018, click growth has slowed over the past two quarters by comparison. As you can see from the chart below, CPCs have been going down for years — Google had said this was largely due to mobile and YouTube. However, over the past two quarters, Google has noted YouTube’s click and CPC growth during its earnings calls.

Alphabet CFO Ruth Porat said, ” YouTube was again the second largest contributor of revenue growth.” The company does not break out revenue numbers for YouTube.

Lower ad prices, at an aggregated level, are not unique to Google. Facebook’s seeing lower prices from its newer Instagram and Stories ad prices, for example. Remember also that these are aggregated, global numbers and may not bear any resemblance to what you’re seeing in your accounts.

Asked about the announcements from GML he’s most excited about as being “particularly material over the longer term,” Pichai mentioned discover ads and gallery ads. “I mean, they’re both pushing us towards mobile-first, visually-rich immersive ad formats,” he while couching expectations since “it’s early days.”

Ginny Marvin is Third Door Media’s Editor-in-Chief, managing day-to-day editorial operations across all of our publications. Ginny writes about paid online marketing topics including paid search, paid social, display and retargeting for Search Engine Land, Marketing Land and MarTech Today. With more than 15 years of marketing experience, she has held both in-house and agency management positions. She can be found on Twitter as @ginnymarvin.
adGooglegrowthpoppedPPCQ2revenue