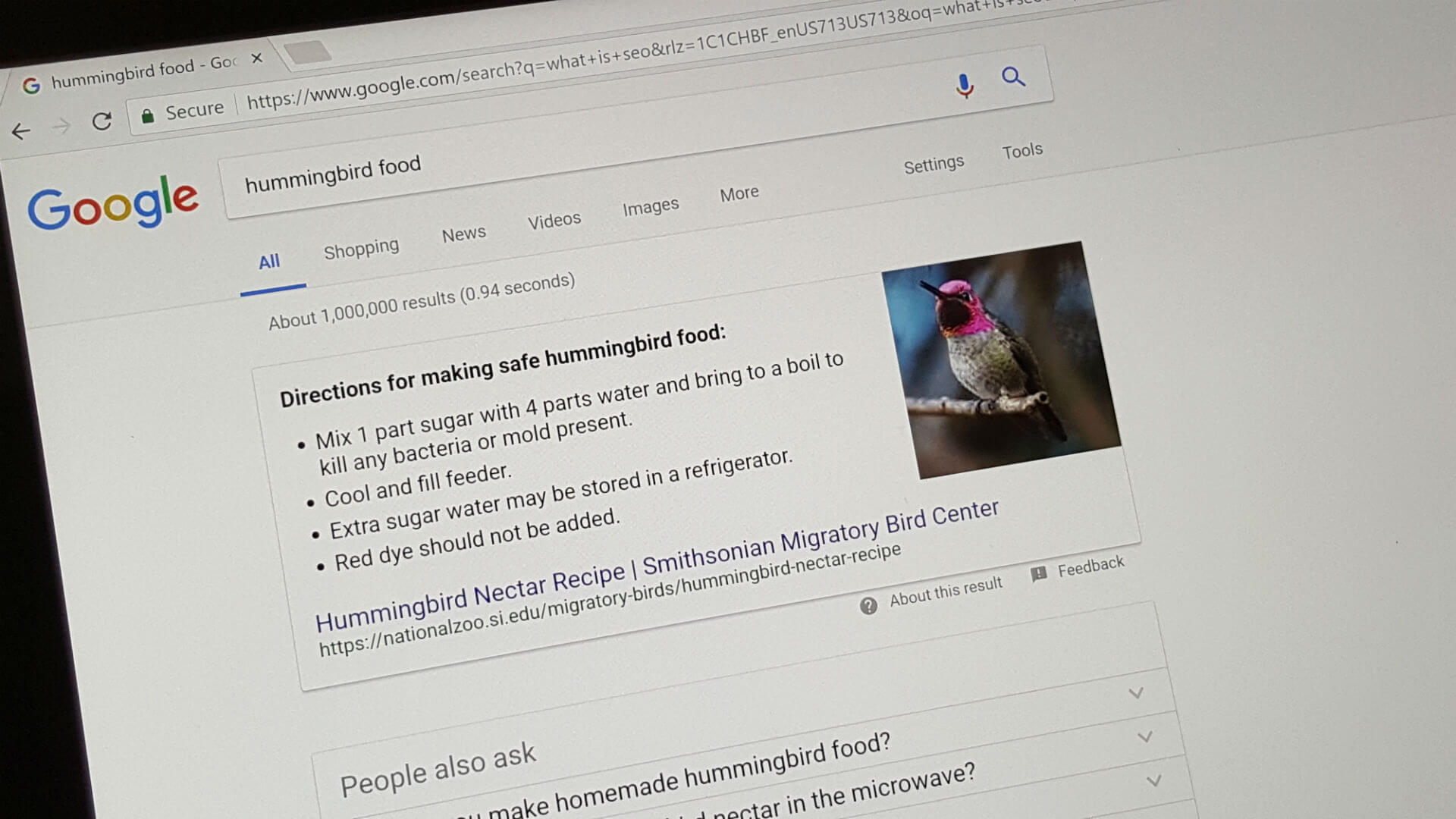 Featured snippets are quickly becoming the only search results for many queries.

If a user goes to Google.com and types [what is the tallest tree], Google returns a featured snippet, followed by thousands of organic search results. However, when a user conducts the same query via Google voice search, Google responds with an audible version of the text in the featured snippet but (in many cases) no “blue links.”

Before diving too deeply into featured snippets, let’s back up a minute…

What is a featured snippet?

A featured snippet is a summarized answer to a user’s query displayed in Google organic search results. It is extracted from a results page and includes the page title, URL and link. Featured snippets can be paragraphs, lists or tables. These results display an “About this result” link near the bottom right corner of the answer box. 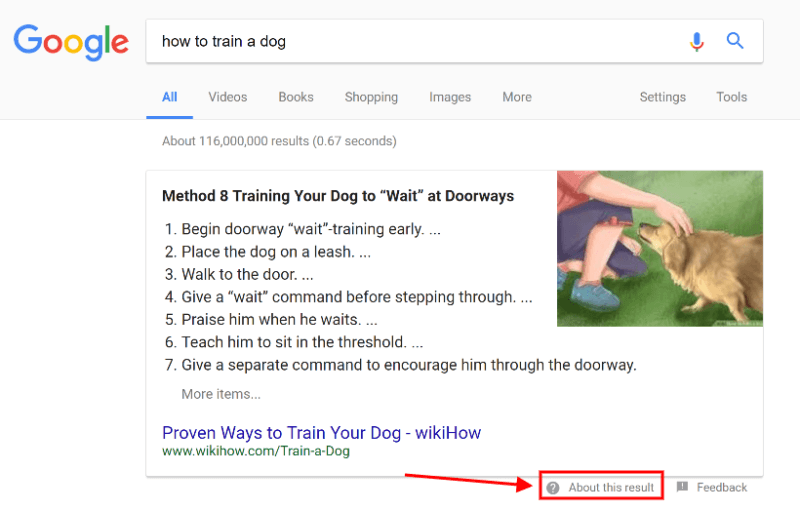 Google includes answers in featured snippets at the top of search because it is faster than sending users to the source page — no matter how fast the source page loads. As a result, marketers could experience declines in clicks and page views for featured snippet queries but should interpret increased impressions for these queries as a positive KPI.

In fact, from a marketing perspective, featured snippets are highly desirable. Top positioning in Google mobile or desktop search results can help URLs garner greater visibility than traditional results. (And although Google may soon change this, it is currently possible for sites to appear in both the featured snippet and the organic results, giving those sites lots of visibility on the SERPs.)

Because featured snippets typically appear above the first organic result, you may hear marketers refer to them as “position zero.”

What makes a good featured snippet?

If you’re wondering what Google looks for in a featured snippet, it can be helpful to identify existing snippets and review the pages from which they’re pulling info. By reviewing winning content, we can start to get an idea of what Google wants.

However, it can be just as illuminating to look at the content that failed to achieve a featured snippet. Following is a little-known tip to help you identify what I call “featured snippet candidates.” I think of these as pages that could have produced a featured snippet but didn’t quite make the cut.

Featured snippet candidates provide a prime opportunity for understanding more about how featured snippets work in Google organic search results. By comparing these pages to the “winning” pages, we can get clues about ideal formatting, page layout and content quality that can help inform our own optimization strategies.

One thing you may notice is that featured snippets and “candidates” can change on a fairly regular basis. Depending on a variety of factors (where, when and how you search), your results may vary from the examples shown below. Even if your examples are different from mine, the process is what is useful.

Here is an example of a featured snippet for the query [hummingbird food] from the URL https://www.google.com/search?q=hummingbird+food 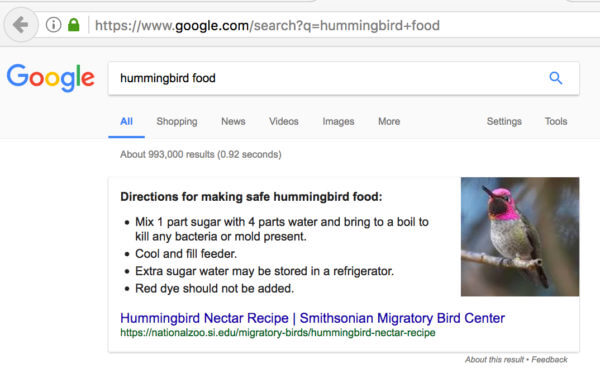 Here is an example of a featured snippet “candidate” for the same query [hummingbird food] from the URL https://www.google.com/search?q=hummingbird+food&num=1 — as you can see, we appended the URL above with &num=1. 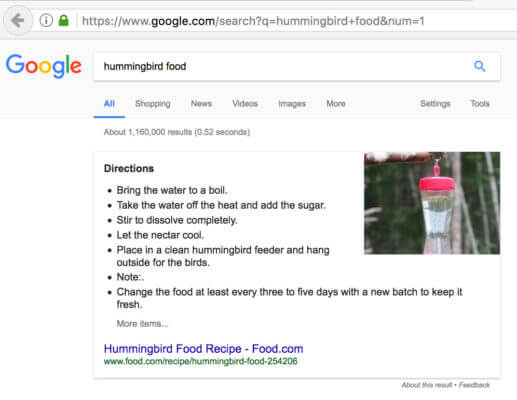 How do you measure featured snippets for text and voice queries?

Unfortunately, featured snippets are difficult to detect, let alone track — especially for large sites. So far, I have not found a tool to detect more than about 20 percent of the featured snippets found by manual review. Additionally, there is currently no way to track voice queries for the 400,000 to 500,000 estimated Google Home devices.

Complicating matters further, featured snippets for long-tail queries with very low search volumes are not unusual — so there might be search queries triggering featured snippets that you (or a tool) wouldn’t necessarily think to check. And because featured snippet queries do not have to be phrased as questions, tools that filter based on question keywords like “how to” are not truly accurate.

You may also notice that Google canonicalizes some featured snippet queries. A Google patent published in 2017 states:

And of course, featured snippets can vary (or not appear at all) based on device, time, location, previous queries and/or a combination of the three.

The bottom line? Do not trust tools when it comes to determining if pages from a site are appearing in featured snippets. Tools only find a fraction of the queries returning featured snippets for a site. The best way to investigate featured snippet performance is manually, with queries from Google Search Console keyword data or with the AdWords dimensions “Paid and Organic” report. (Search Console provides data for the last 90 days, but the Paid and Organic report in AdWords includes Google search console data for more than 90 days.)

After reviewing and comparing hundreds if not thousands of featured snippets and “featured snippet candidates” over the past couple of years, I’ve put together a few observations and tips. 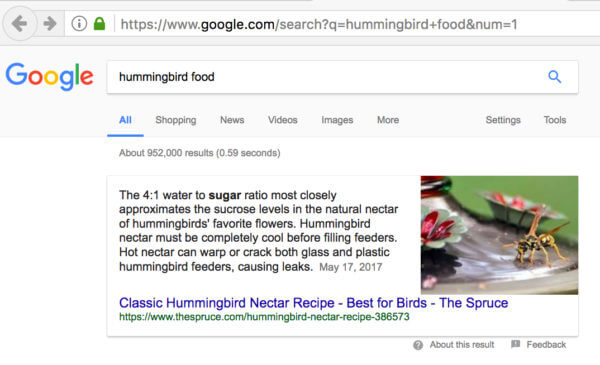 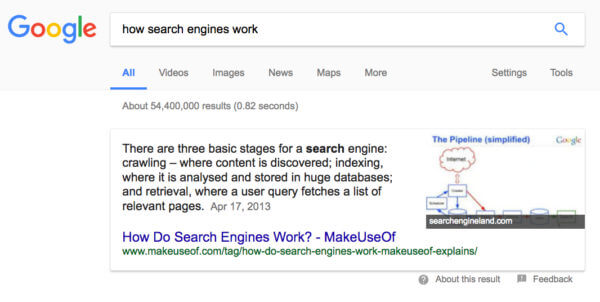 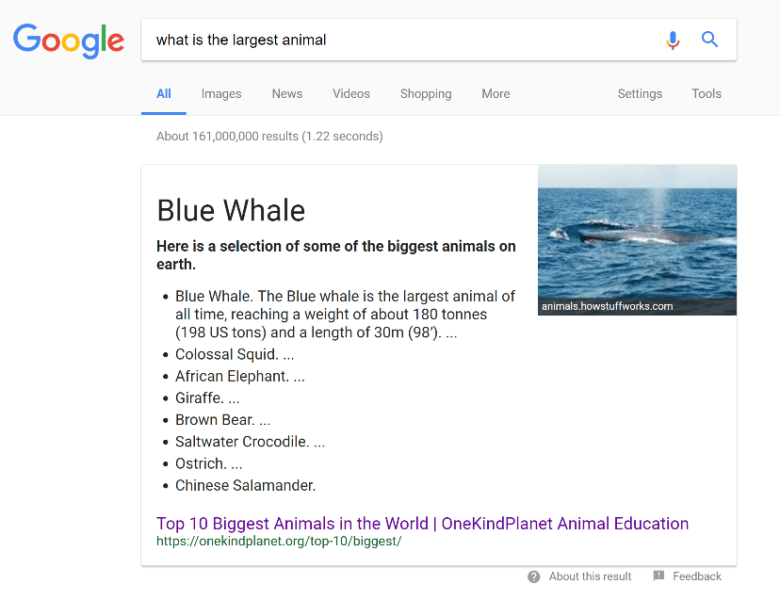 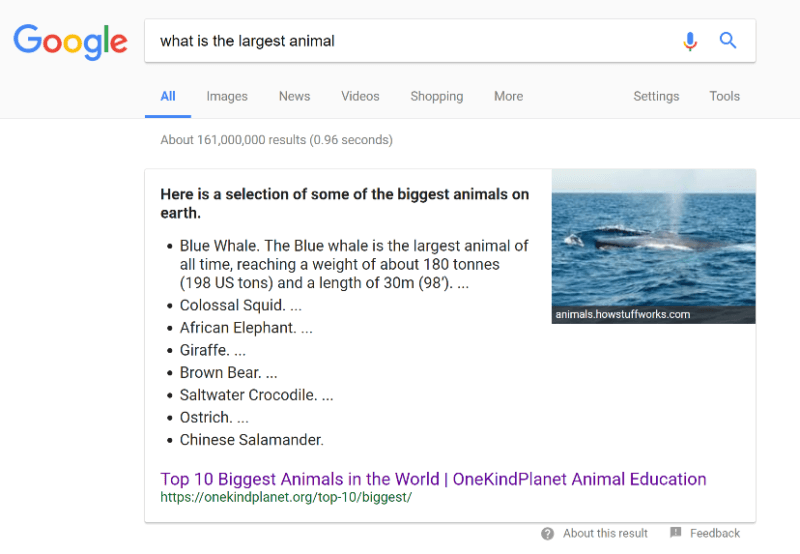 Historically, Google has helped users find answers to questions on their own, one step at a time, via “10 blue links.” But today, Google is positioned to answer questions and complete tasks for users in a single step, with or without a screen.  Featured snippets may prove to be one of the most critical elements in the future of search.

Brian Ussery is the Director of SEO at Razorfish and a leading authority on Google related SEO issues. He is a Google “Top Contributor” in the search console help forum and a trusted Google partner, who connects regularly to stay in-the-know about new and improved product features.