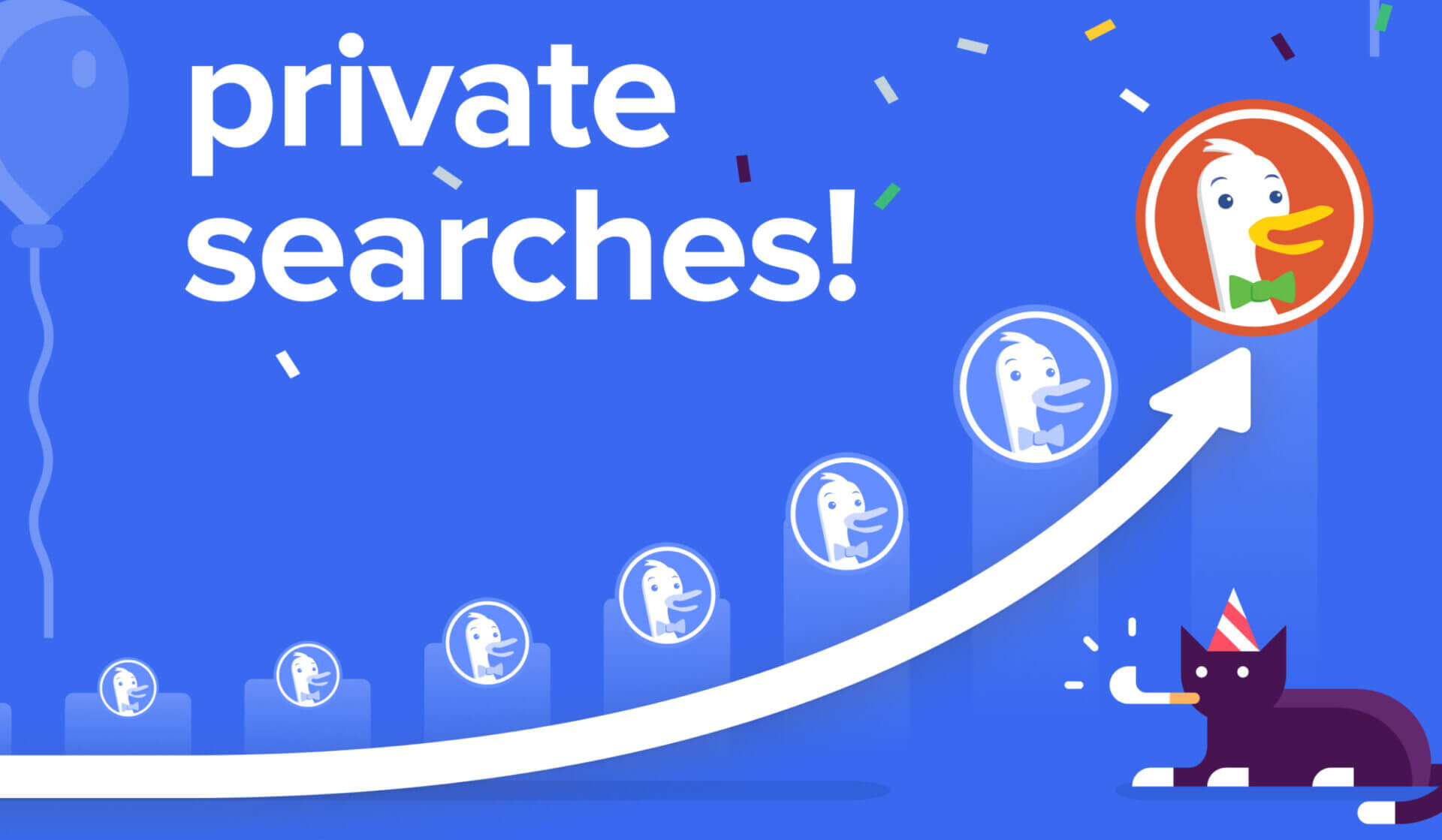 
DuckDuckGo, the privacy focused search engine, announced it has surpassed 100 billion searches – all time. It posted this announcement on Twitter.

A year ago, the search company announced it was hitting over a 100 million searches per day. Now if you look at its public traffic statistics page, it shows all time searches passed 100,024,437,307 and the highest daily number of queries it saw to date was 110,439,133, that record was this past Monday. DuckDuckGo continues to grow on a daily basis.

Why we care. Pressure over consumer privacy has prompted Apple and Google to block third-party cookies from tracking users across the web. That same focus on privacy has also helped propel DuckDuckGo past 100 billion searches all-time. Its success, while modest, may provide new or existing search engines with a roadmap to chipping away at Google’s dominance or avoiding it altogether by concentrating on an underserved base of users.

It is still miles behind Google, but DuckDuckGo is gradually closing in on Yahoo! and Bing, so a future in which it is as much a part of the conversation as Bing may not be that far off. Nevertheless, optimizing specifically for any non-Google search engine remains highly unlikely.