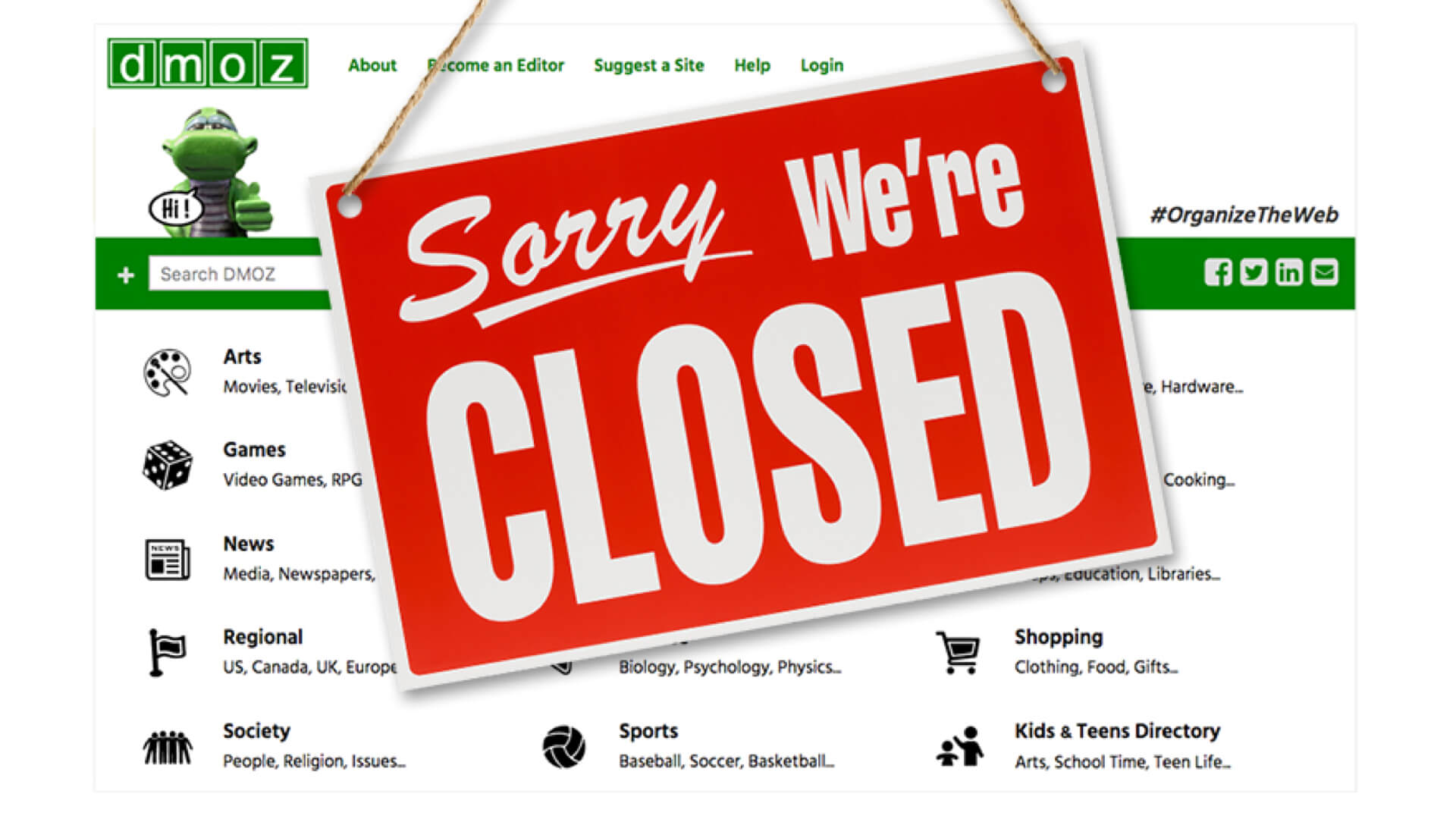 
DMOZ — the Open Directory Project — officially closed today. The move comes three days later than originally planned. It marks the end of an era of humans trying to catalog the entire web.

DMOZ was a project designed to organize the web using volunteer human editors and born during a time when a rival to the dominant Yahoo Directory was seen as needed. Nearly 19 years later, neither directory lives, with machine-powered search engines having made them archaic.

For more background, see our articles below:

Unlike with the Yahoo Directory, the DMOZ site continues to operate, at least with a home page that says it is closed. It also links to a mirror copy of the last version of DMOZ before it closed.