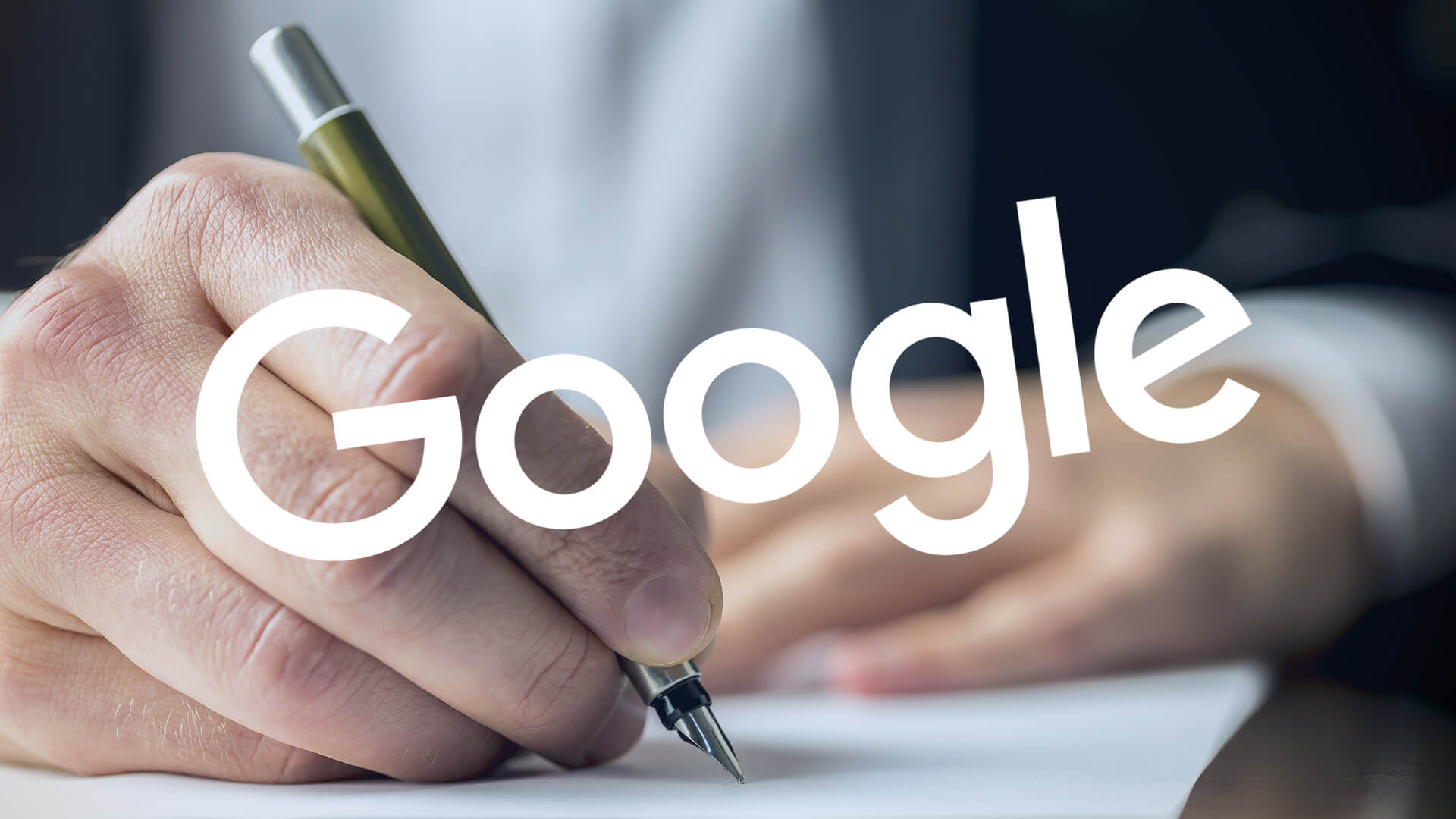 If you’re reading this, you already know that fake reviews on Google have been a hot topic lately — and it appears the problem is getting a lot worse, resulting in a huge headache for small business owners.

Rather than outlining all the issues and turning this post into a huge rant, I wanted to offer some suggestions that I think would help solve some of the major issues we are seeing in the Local SEO world.

Currently, there are several ways to contact Google My Business (GMB) support: phone support, email support, Twitter and Facebook. But there’s no way to get anyone at GMB to look at reports from people on businesses that aren’t theirs.

That means if Joe the Plumber’s competitor in his town is a massive spammer and is ranking everywhere on Google, Joe can’t contact GMB about it at all. They won’t allow him to report the competitor, even if he is breaking every single guideline Google has out there.

The only place business owners can currently report this stuff is on the Google My Business Forum. If you have a competitor that has tons of fake reviews and you post on the forum documenting all the evidence showing that the reviews are fake, you can actually succeed in getting them removed.

For example, I had a client who had a major competitor with three separate listings (he was only allowed one). I reported the fake listings and had them removed — but I didn’t stop there. I was able to document and show how a lot of his reviews were fake as well, and I included that in my report. The listings that got removed lost all their reviews, and the one that was left up dropped from 16 to 10 reviews. It was a happy day for those of us who hate spam.

The sad thing is that this story of success is rare. The Google My Business forum is so busy that the Top Contributors (of which I am one) cannot keep up. At the time of writing this, we have 79 pages of threads that don’t even have one reply.

This is because the team of volunteers (who mostly have full-time jobs) cannot keep up with the amount of spam reporting we are getting due to the fact that these poor business owners have nowhere else to go!

My suggestion: Please allow business owners to submit spam reports elsewhere as well. The little “flag” besides reviews is useless, as it doesn’t allow you to tell a story or show how you can prove the review is not legit.

2.  Please fix your algorithms so unnatural review patterns are flagged

I was recently speaking to Jason Brown, who set up a site devoted to tracking and highlighting businesses that have fake reviews. I want to show you one of his examples.

For this business, one of the reviewer profiles apparently hired a locksmith in New York, hired a plumber in Texas, got his cell phone fixed in Toronto and got his dog trained in Florida. I understand that some industries like hotels and restaurants probably have lots of out-of-state customers, but for service businesses (especially ones in spammy verticals), these reviews are fake 99.9 percent of the time.

This should be something that your algorithms can detect, since you’ve already started doing similar things to combat spammy listings and automatically suspend them.

You should be able to flag accounts like this one that have reviewed over 3,000 Starbucks & Chick-Fil-A locations. This isn’t something that needs the human eye. I know you love talking about how you’re improving machine learning, and this would be a great case to add to your endeavors.

And what about profiles that review fake listings? I think it’s safe to say that if a person leaves a review on a listing for a business that doesn’t exist, their entire profile should be questioned.

However, I’ve seen dozens of cases where Google will remove a fake listing, but the profiles of the people who left the reviews remain intact — meaning all the other businesses that they left fake reviews for continue to display those fake reviews.

When someone argues that a review is fake, and the profile doesn’t have an obvious pattern of spamming like in previous examples, it is normally almost impossible to get the review removed because there is no proof.

It’s almost impossible to prove someone’s identity online and often comes down to their word against yours. You (Google), unfortunately, almost always side with the “customer” who wrote the review.

Recently, a business owner who had fake reviews left on his listing reached out to me. A couple of years ago, he had left a negative review for a photo restoration business with which he’d had a bad experience. They apparently decided to retaliate by leaving a negative review for his business — and getting others to do the same.

In his case, it’s not really hard to see the pattern, because the people who left him a one-star review (he has a marketing company) also coincidentally left this photo restoration company a five-star review. However, when the business owner reached out to Google to point this out, Google wouldn’t remove the fake reviews. 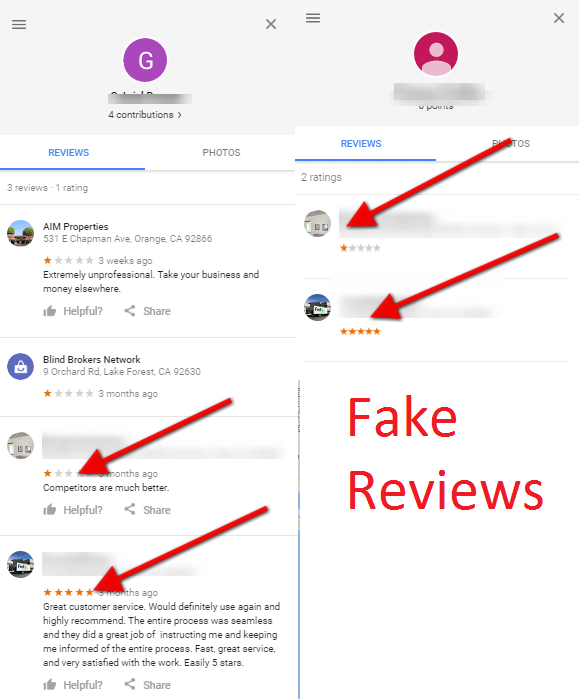 4. Please add a label to business listings that have a history of fake reviews

Yelp has this feature, and it is one thing that I believe helps the customer make a better-informed decision. For example, Yelp adds a label to businesses that are caught buying reviews.

In addition to that, they add a label to businesses that are being attacked due to media attention. Remember that dentist that killed a lion back in 2015? His profiles on both Google and Yelp are still being attacked with negative reviews, but Yelp warns the users so that they are aware that the reviews probably have nothing to do with his skill as a dentist. 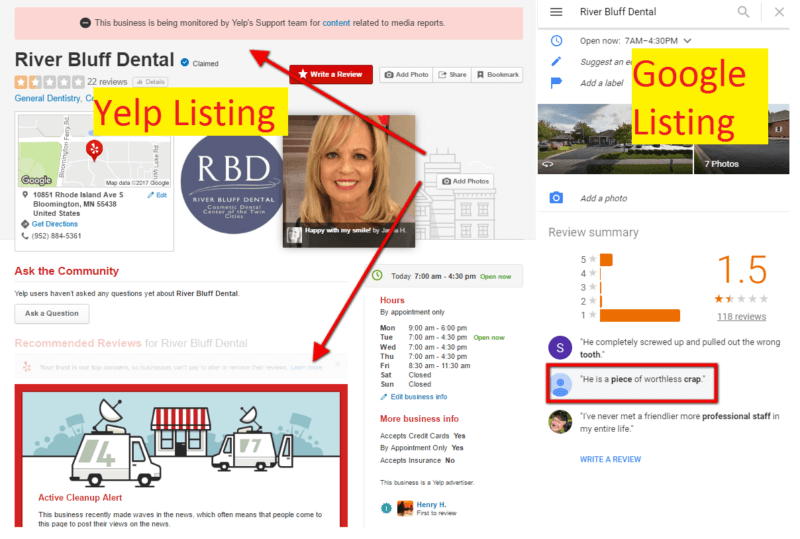 A label alerting consumers to possibly shady review behavior would be a great way to combat scenarios like this one that I ran across recently at the Google My Business forum, in which a company was offering a 10 percent discount in exchange for leaving a review — a clear violation of Google’s guidelines. I escalated this case to Google, who removed hundreds of reviews for this business.

The problem is that the business is still doing it, and there seems to be no way to stop them. If I were a customer shopping for a company to repair my phone, it would be extremely helpful to see a warning that the reviews on this listing can’t be trusted.

I would love it if Google could take more actions against fake reviews. I also hope more media outlets get on board and warn consumers about these issues so they aren’t hiring companies that are fabricating their reviews.

Until they take action, I agree with Mike Blumenthal that “review spam at this scale, unencumbered by any Google enforcement, calls into question every review that Google has.”