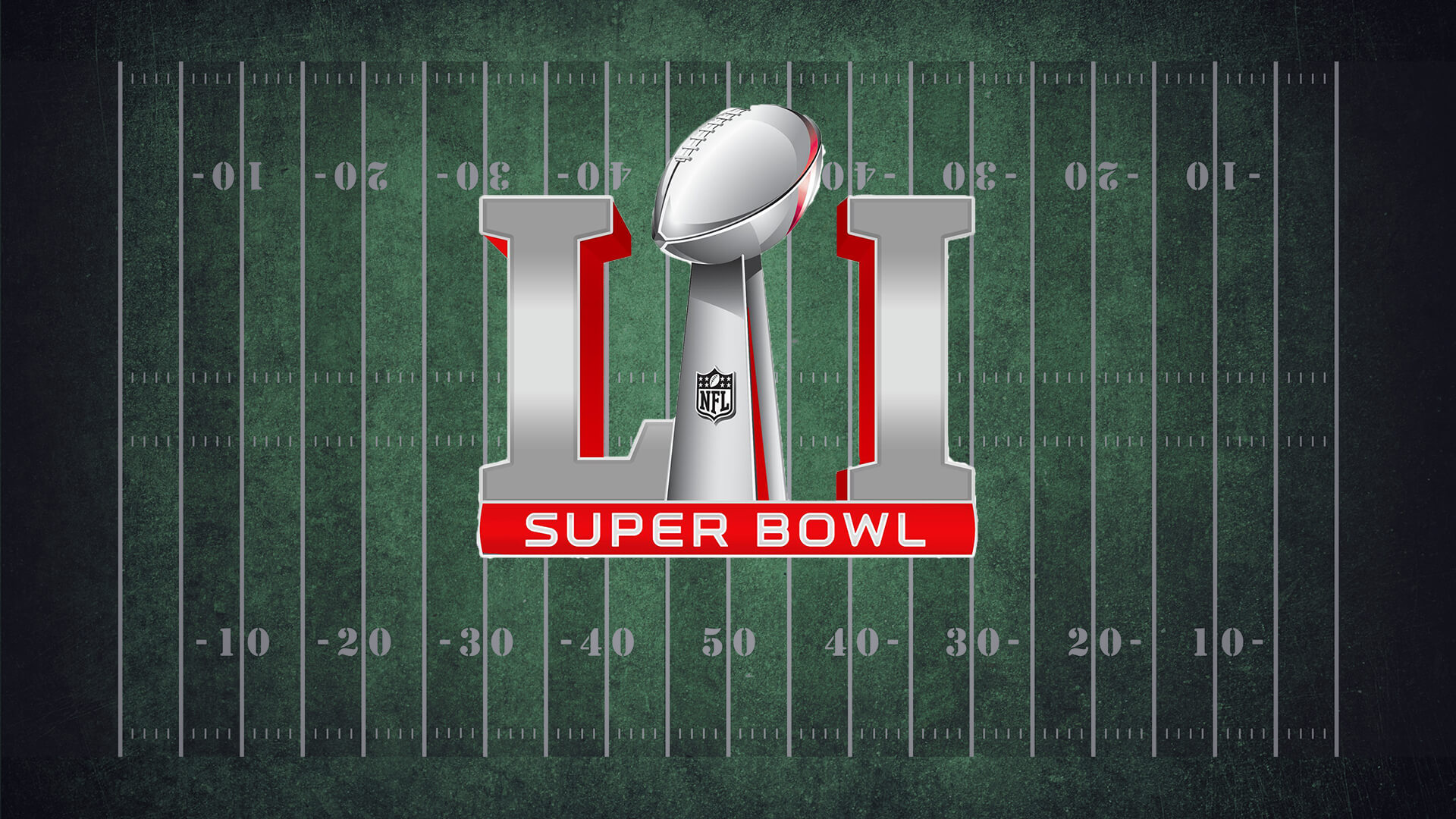 
Ah, Super Bowl Sunday. There is no bigger day for football — or advertisers. And whether they’re on their couch or at a neighborhood watering hole, fans of both will be tuning in to Super Bowl LI in droves.

As we know, commercials can be the most memorable part of the big game, with water cooler talk continuing long after the last touchdown. It’s no wonder that brands spend an absolute fortune on them.

If you’re a brand that invested in TV for this year’s Super Bowl, how can you make the most of your TV spend? And what if your brand didn’t spend big for TV? How can you still benefit?

Read on for three tips to make the most out of this year’s Super Bowl commercials.

Search volumes increase — sometimes significantly — after the release of a TV commercial on Super Bowl Sunday. In fact, Microsoft’s (my employer) research found that branded search volume can increase up to 98 percent for an advertiser with a Super Bowl commercial.

This rise doesn’t just impact game day and the after-party. It can last through the week following the game. 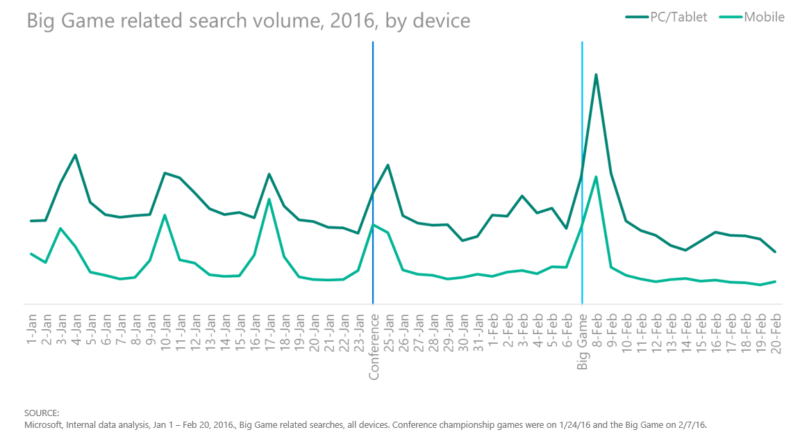 You can up your game by syncing your search and TV ads.

They found that search volume followed a similar pattern across industries.

The study also revealed that not enough advertisers take advantage of this opportunity — surprising given just how much money these TV ads cost.

Why miss out on all the extra traffic?

Tip: Plan your PPC budgets to ensure that your ads will be there to receive the pass after game day! I recommend setting aside extra budget for game day and the next three days.

2. The key to a strong offense and defense: Adequate keyword coverage

Advertisers have only a few days to capture the buzz a new commercial brings, so it’s important to maximize clicks while keeping competitors at bay. What’s an advertiser to do?

If you are one of the few big brands who purchased a Super Bowl commercial, strengthen your keyword coverage and enhance your bidding strategy to defend your position and capture more clicks.

While your goal is to target keywords related to your commercial, it’s important to go beyond the basic brand, product and service ad commercial keyword combinations. Don’t forget, viewers also search for the memorable or quirky aspects of commercials, such as actors, celebrities, characters or other elements.

Tip: Here are some ideas to expand your keywords:

Start with keyword variations of this basic combination:

Add in references to:

<questions raised by the ad>

Additionally, give yourself the best on-field advantage with mainline bidding. We found that 90 percent of clicks occur in the mainline and that mainline ads have a click-through rate that’s 13 times higher than sidebar ads.

Tip: If you’re a competitor or a smaller business not advertising, this is a great opportunity to sneak in and steal clicks.

While the Super Bowl has traditionally been limited to a TV screen, that’s not the case anymore. Second screens are starting to play a big part in the game. Microsoft’s internal data revealed that over 80 percent of people plan on using at least two devices during the game. 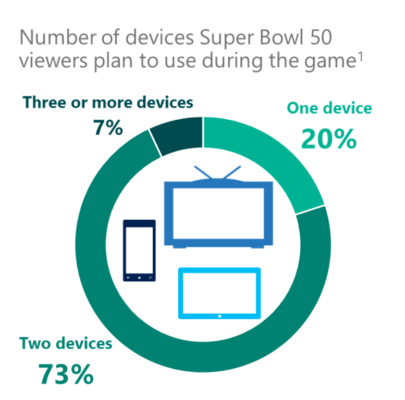 This means fewer TV viewers simply sit back, relax and enjoy the show.

eMarketer estimates that nearly nine in 10 internet users in 2017 will use the internet while watching TV at least once a month, and 26 percent of those simultaneous users will consume digital content related to what they’re watching on TV.

In 2016, 30 percent of Bing searches during the Super Bowl came from mobile devices. How do you capture passive or distracted consumers when they decide to take action?

Through a well-planned bid modifier strategy that allows you to more effectively create tightly targeted ad messaging. Since the audience is distracted, your ads are going to have to work that much harder to be effective. Making them feel more personalized and relevant can make a huge difference.

Why? Because women make up 46 percent of game day viewers. In 2016, there were 60 percent more searches for “Denver Broncos women’s apparel” than for “Broncos jersey” and “Denver broncos jersey” combined.

If you’ve used the Bing Ads Intelligence Excel plug-in, you’ve seen how valuable the Age and Gender report can be for strategizing device and demo-based bid mods. You simply type in your core Game Day keywords and run the report, which can be turned into a graph such as this one: 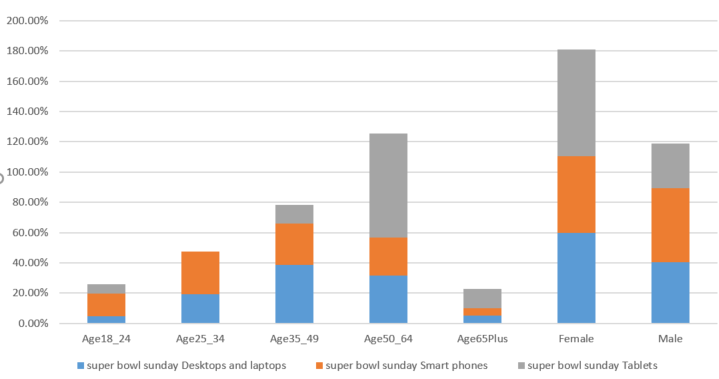 Based on the graph, you’ll get a better understanding of how to tailor your bids and ad copy to best speak to the target audience. For example, based on the above chart, I would know to create ad messaging that appealed to the 50+ age range tailored for tablet devices.

Make sure you’re most effectively speaking to the mobile and tablet users with Expanded Device Targeting.

Note: One key difference between Google AdWords and Bing Ads is the lower ceiling for desktop bid modifiers:

Should you have a negative bid modifier in Google AdWords, it will be adjusted to the lowest setting on Bing Ads, which is 0%.

When you use these three tips to create a strong PPC campaign, you’re on your way to major commercial success this Super Bowl.

I’ll leave you with some Super Bowl commercial inspiration: my all-time three favorites ads from FedEx, Tabasco and Pepsi. Enjoy!

Purna Virji is Senior Manager, PPC Training at Microsoft. Named by PPC Hero as the most influential PPC expert of 2016, Purna specializes in SEM, SEO and Voice Search. With over a decade in search, she regularly speaks at conferences across the globe such as MozCon and SMX Advanced and is a popular industry columnist. An award-winning former journalist, Purna was the CEO of Purview Marketing prior to joining the Bing Ads team. In her spare time, she’s an avid traveler, aspiring top chef and amateur knitter. Say hello @purnavirji.